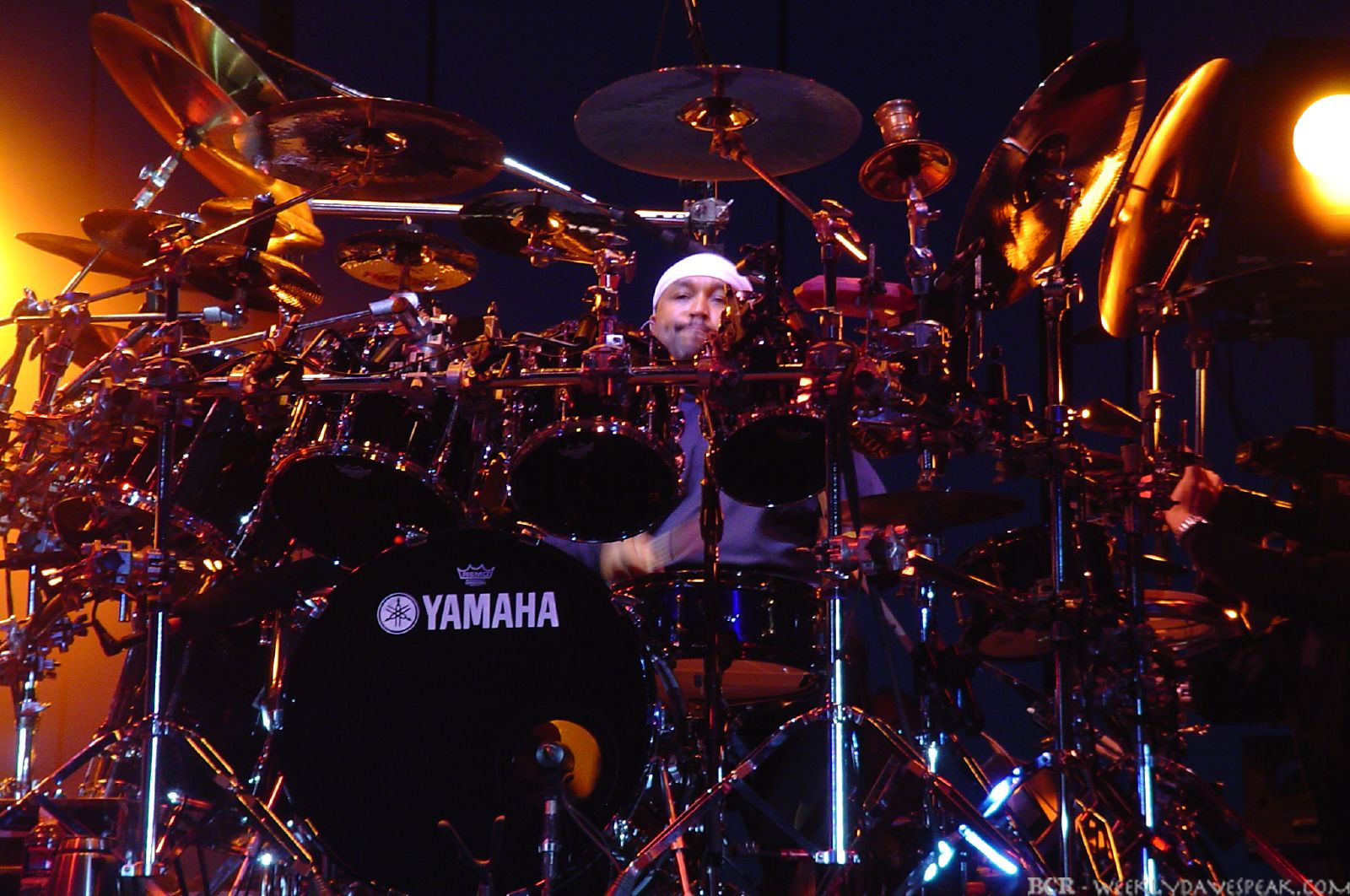 Carter Anthony Beauford (born , in ) is a , , and founding member of the (DMB). He is known for his ability to mix together countless percussion styles, his ambidextrous approach to playing, and is highly regarded for his style, where his left hand leads on the and in a conventional right-handed drumset set-up.

Beauford was exposed to drumming at the age of three. At the time, his father had bought tickets to a concert and could not find someone to watch his son, so he took young Carter along to the show. Carter was mesmerized by Buddy Rich on stage. After that show, Carter's father bought his son a tin drum set with paper heads since Carter showed much interest in learning the instrument. Carter began playing his first professional gigs when he was nine. He earned a degree in music from the Shenandoah Conservatory of Music.

Eventually, he joined Secrets, a Richmond-based band. Other members included saxophonist , , Dawn Thompson, , and . Secrets would perform throughout Virginia, often at "Miller's", the bar in Charlottesville where worked as a . Carter also played in Blue Indigo with LeRoi Moore, Sal Soghoian, and George Melvin. A driving Jazz band, [http://eyeoncville.com/blindigo/default.htm Blue Indigo] performed regularly at Tokyo Rose and Miller's, and was featured at the Delaware Water Gap Jazz Festival. Eventually, Dave approached both Carter and LeRoi regarding some music he had written that he wished to record. Upon listening, Beauford agreed, thus establishing his permanent status as DMB drummer.

Has a daughter named Breana Symone from his first marriage.

With his second wife, Karen, he has two children: a daughter, Nadja Angelique Beauford born October 5th 2001 and a son Marcus Carrington Beauford born in December 2004.

Beauford has also contributed to other artists on side projects including work with , , (), and ().

*Carter Beauford is a student pilot. He discusses this briefly on The Gorge DVD in the special features section, during which the band flies in a helicopter over the Gorge Amphitheater.

*Carter explains his unusual playing style in his instructional video "Under The Table & Drumming", attributing his use of left-hand-lead on a right-handed kit to playing his own kit in front of a mirror as a child in an attempt to emulate his favorite drummers like . Young Carter unknowingly set up his drums in reverse of whichever performer & set he had in mind in an attempt to make the mirrored image of himself match that of the audience perspective, as he had seen it on stage and TV. This helped him to become completely ambidextrous at a very early age, albeit by accident.

Beauford uses a , cymbals, drumheads, sticks and mallets, and hardware, and various cowbells, and other assorted equipment.