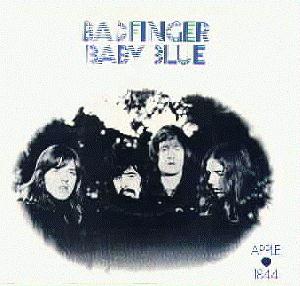 
"Baby Blue" is a song recorded by the rock/pop band for inclusion on their 1971 album, "." The song was written by , produced by , and released on .

Ham wrote the song about a woman named Dixie Butz, whom he had dated during Badfinger's last U.S. tour.

"Baby Blue" was released as a single in the in March of 1972, in a blue-tinted picture sleeve. Because Al Steckler, the head of Apple U.S., felt that it needed a stronger hook in the opening, he overdubbed reverb on the snare drum track in the first verse and the middle eight to create a "U.S. single version" for the song in February 1972. It would become the group's last Top 20 single, peaking at number 14 on Billboard's Pop Singles chart.

However, the chaos that was enveloping the Apple U.K. operation at the time was strongly evident with regard to this song. While Apple U.S. gave the song a picture sleeve and a remix to ensure that it was a hit, Apple U.K. remained unaware of its commercial potential. Although the single was even assigned a release number for the U.K. (Apple 42), "Baby Blue" was never actually released as a U.K. single.

Despite Badfinger's four top-20 Apple singles, Badfinger would only release one more single, "Apple of My Eye" in December 1973, on Apple Records.