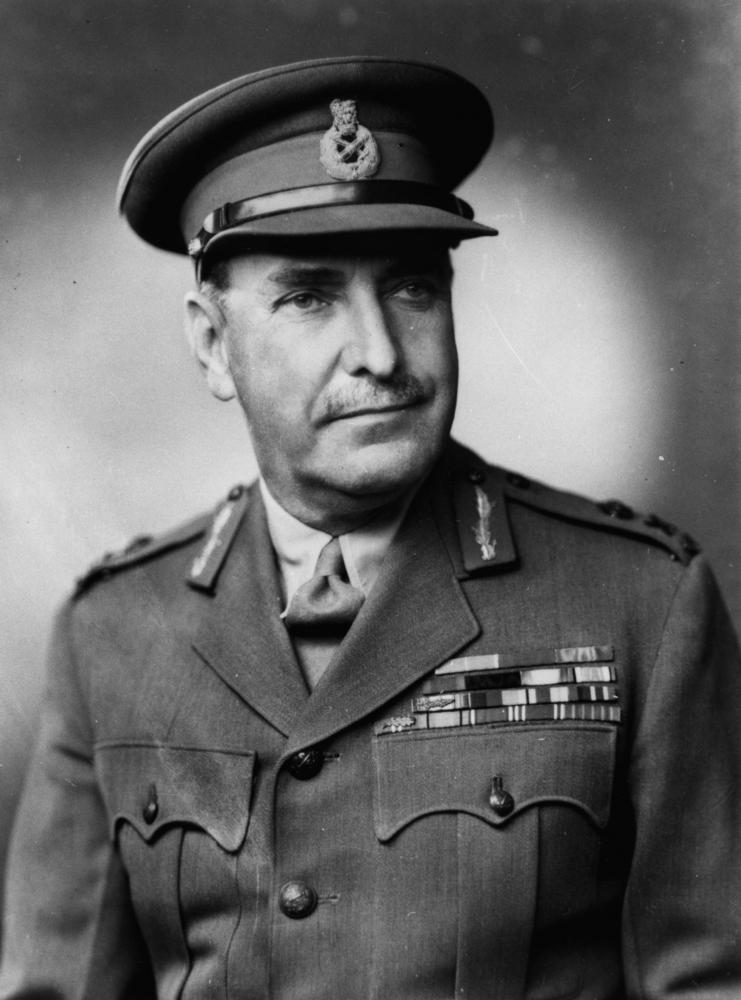 Lavarack was born in Kangaroo Point, a suburb of in , on 19 December 1885. He was educated at , where he excelled in the school's army cadets program.

On 7 August 1905, Lavarack was commissioned as a in the Royal Australian Artillery. In early 1913, he trained as an officer at the in , and upon the outbreak of was assigned first to the , then as a of the 22nd Division artillery. Lavarack's division spent a month in during September 1915, but was transferred to Salonica in , where it fought in the .

In February 1915, Lavarack was assigned to the , but did not join it until July 1916 when he joined the Australian 2nd Division for the . He was subsequently assigned as brigade major for the 5th Division, commanding two field artillery batteries during fighting at the and the advance on the . In May 1917, his staff college training saw him transferred to 1st Division headquarters, which instigated a lifelong mutual antagonism between Lavarack and his superior at HQ, .

By December 1917, Lavarack was a and , 1st grade in the Australian 4th Division, and took part in battles at , , and Amiens, with Lavarack's hand in planning for the setting the stage for several subsequent Australian victories.

When World War I ended, Lavarack returned to Australia where he took up a post at the . In 1926, he was promoted to Brevet , and in 1927 attended the Imperial Defence College in . Back in Australia in 1929, he found himself in heavy debate with fellow IDC student over the Australian government's adoption of the "Singapore strategy". Shedden believed that the presence of the in would deter any aggression from , whilst Lavarack was sure that Japan would take advantage of Britain's focus on Europe and that Australian army forces should prepare for a possible invasion. [Dennis, Peter: [http://www.abc.net.au/4corners/specials/noprisoners/viewpoints/dennis.htm Heading for Disaster? Australia and the Singapore Strategy] , "Four Corners" (), 16 February 2002.]

In January 1933, Lavarack was made commandant of the . On 21 April 1935, with a temporary promotion to (later made permanent in June), he was appointed Chief of the General Staff (CGS), the head of the . As CGS, Lavarack pulled no punches over what he saw as an over-reliance on the Royal Navy and neglect of Australia's land forces &ndash; renewing his argument with Shedden, and causing considerable friction with the Australian government, in particular a number of successive ministers for Defence.

In 1938, British officer Lieutenant General was appointed Inspector-General of the Australian Military Forces. Lavarack and Squires worked together to prepare Australia for war, and by the time Lavarack returned from a tour of Britain, had begun. With Squires replacing him as CGS, Lavarack was promoted to and made General Officer Commanding Southern Command. In 1940, Lavarack was considered to command 6th Division, but , now the commander of I Corps, refused his appointment, citing "defects of character". Lavarack instead took command of the newly-formed 7th Division, also accepting a demotion to Major General which was almost certainly instigated by Blamey.

In 1941, the commander-in-chief in the Middle East, Lord Wavell, ordered Lavarack to , where his units were successful in repelling 's forces. Wavell requested Lavarack take command of the , but he was once again confounded by Blamey, who insisted that he was unsuitable for high command. After further successes in the , Lavarack was re-promoted to lieutenant general, and took over Blamey's role as commander of I Corps, with Blamey now deputy commander-in-chief in the Middle East.

Following the outbreak of war with , I Corps was shifted to the Far East, arriving in in January 1942. Lavarack was recalled to Australia, where he was made acting commander-in-chief of Australian forces whilst waiting for Blamey to return from the Middle East to fill the role. He then commandeed the Australian First Army, with responsiblity for defending and . In 1944, he flew to the where he became head of the Australian Military Mission, and was military advisor for Australia to the . He returned to Australia in August 1946, and frustrated by his lack of active command and constantly being passed over by Blamey and others, he retired from the military in September that year.

In 1946, the , Ned Hanlon, offered the post of to Sir Leslie Morshead who declined. Hanlon then offered the post to Lavarack, who accepted and was sworn in on 1 October &ndash; the second Australian-born person to hold a governorship in Australia (Sir John Northcott was made two months previously). [cite book |title=William John McKell: Boilermaker, Premier, Governor-General |last=Cunneen |first=Christopher |authorlink= |coauthors= |year=2000 |publisher=University of New South Wales Press |location=Sydney |isbn=0868405876 |pages= ] After completing his five year term in 1951, Lavarack's governorship was extended by another five years to 1956. He was then reappointed for a further year from 1 October 1956, but due to ill-health, Lavarack was only served four months of the extended term, and was relieved of his duties on 25 January 1957 by his deputy governor, although he officially remained governor. He retired to his property in Buderim, and died in office on 4 December that year.

In 1942, following I Corps' actions in the , he was appointed a Knight of the (KBE). He was appointed KCVO in 1954 and KCMG in 1955 while Governor of Queensland. [ [http://itsanhonour.gov.au/honours/honour_roll/search.cfm?breif=true&page=1&search_type=quick LAVARACK, John Dudley] , "It's an Honour" (Australian Honours Database).]

The in were named in his honour.