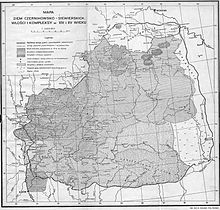 According to the Primary Chronicle, the Severians, having paid tribute to the Khazars, along with the neighboring Polans, were conquered by Oleg of Novgorod, who incorporated their lands into the new principality of Kievan Rus'. By the time of Yaroslav the Wise (1019–1054), the Severian peoples had lost most of their distinctness, and the areas of Severia along the upper course of the Desna River came to be controlled from Chernihiv.

In 1096, Oleg I of Chernigov (also referred to as Oleh) created a large Severian Principality, which stretched as far as the upper reaches of the Oka River. Until the end of the century, the principality served as a buffer state against Cuman attacks. Its most celebrated ruler was Prince Igor (1150–1202), whose exploits are recounted in the 12th century epic The Tale of Igor's Campaign.

After the Mongol invasion of Rus’, the principality fell into ruin, however it remained intact throughout repeated Tatar invasions. Unfortunately, not much is known about this period as Severia was rarely mentioned in written accounts of the 13th and 14th centuries. By the 15th century, it was taken over by the Great Duchy of Lithuania, whose Gediminid princes (Ruthenian-speaking and Orthodox by religion) established their seats in the cities of Novhorod-Siverskyi, Starodub, and Trubchevsk. After the Lithuanian defeat at the Battle of Vedrosha, the Severian Principality passed to Moscow. It remained as part of Imperial Russia for centuries, except for the short period between 1618 and 1648, when it was incorporated into the Polish-Lithuanian Commonwealth following the Truce of Deulino (1618).

In the 18th century, the hetmans of Ukraine established residences in the towns of Baturin (ukr.Baturyn), Glukhov (ukr.Hlukhiv), and Pochep. Glukhov, in particular, developed into a veritable capital of 18th-century Ukraine.

Following the Bolshevik Revolution, the Severian lands, full of Southern Russian (Ukrainian) architecture, and populated by a mixture of Ukrainians and Russians, were divided between the Ukrainian and Russian Soviet republics, finally breaking up the land of the former Severians.