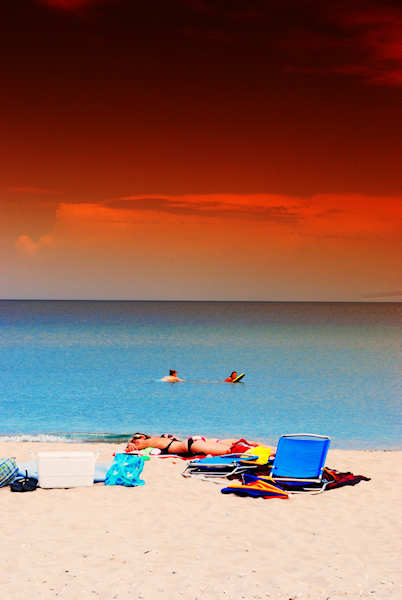 Glenn Haven is a restored logging village on the shore of on the within the Sleeping Bear Dunes National Lakeshore. Attractions include the restored General Store and Blacksmith Shop.

Also located in Glen Haven is the former Glen Haven Canning Co. building. This building was first used as a warehouse and later as a cannery for cherries in the 1920s. It has since been restored as the Cannery Boathouse Museum, housing historic small wooden boats used in the between Glen Haven/Glen Arbor and the .

In 1857, Glen Haven was founded west of as a settlement called Sleeping Bearville when C. C. McCarty, brother-in-law of Glen Arbor pioneer John E. Fisher, built a saw mill and inn on the beach there.

is a located on the "little finger" of the lower peninsula of Michigan in Leelanau and Benzie counties.

The park covers a convert|35|mi|km|0|sing=on stretch of Lake Michigan's eastern coastline, as well as North and s. The park was established primarily for its outstanding natural features, including forests, beaches, dune formations, and ancient glacial phenomena. The Lakeshore also contains many cultural features including the 1871 , three former Life-Saving Service/Coast Guard Stations and an extensive rural historic farm district. The park was authorized on October 21st, 1970.