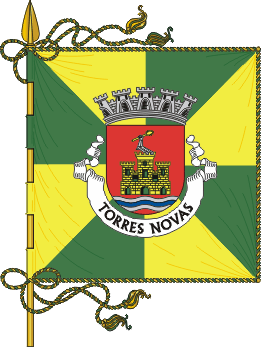 The municipality is composed of 17 es, and is located in the district of Santarém.The city of Torres Novas(has about 15,000 inhabitants).This city has a castle. The seat of the municipality(town hall/"camara municipal") is in the city, which includes four parishes("freguesias")in the urban area.

Little is known about the history of Torres Novas prior to the conquest of the city from the s in 1148 by Don Afonso Henriques, the first king of Portugal. It is assumed that several peoples called the area home, including the Greeks, Romans, and Arabs. The presence of the Romans is well established based the ruins at .

The , which had fallen into ruin, was rebuilt in 1190 by Sancho I. The castle was further rebuilt by in 1376 Ferdinand I. It was directly around the castle that the city grew up.

The city was surrounded by walls until the 16th century when it began to expand beyond its historical boundaries. The original walls were demolished during the 19th century.

Renova – Fábrica de Papel do Almonda, SA, a well known , is based in the municipality.

The present is António Oliveira Rodrigues, elected by the Socialist Party.

The municipal holiday is Ascension Day.

Other Cities {"Cidades"} nearby