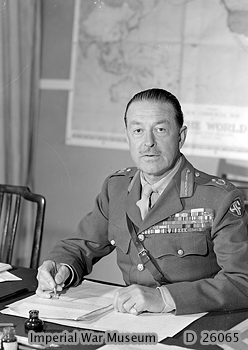 The third son of the 4th Earl of Caledon and the former Lady Elizabeth Graham-Toler, a daughter of the 3rd Earl of Norbury, he was born in London and educated at , and the . Alexander was the 11th batsman in the famous between Eton and Harrow in 1910. [ [http://content-usa.cricinfo.com/columns/content/story/143944.html 1910 Fowler's match] - cricinfo]

In 1931, Alexander married Lady Margaret Bingham, younger daughter of the 5th Earl of Lucan. The couple had two sons and two daughters (of which one was an adopted daughter).

Alexander was the youngest lieutenant-colonel in the during the war.Fact|date=June 2008 During his service on the Western Front he was wounded twice in four years of fighting. He received the in January 1916 [LondonGazette |issue=29438 |date=, |startpage=576 |endpage= |supp=Supplement |accessdate=2008-06-18] and the in October 1916.

, who wrote a history of the Irish Guards in which his own son fought and was killed, noted that, "It is undeniable that Colonel Alexander had the gift of handling the men on the lines to which they most readily responded . . . his subordinates loved him, even when he fell upon them blisteringly for their shortcomings; and his men were all his own."Fact|date=June 2008

Alexander took the 1st Infantry Division to France in 1939 as part of the (BEF). After successfully leading his division's withdrawal to Dunkirk in late May 1940 he was appointed to command I Corps on the beachhead shortly after had been appointed to command II Corps. He left the beach in the early hours of having ensured that all British troops had been picked up. [Mead (2007), pp.41-42] [cite journal| url=http://www.time.com/time/magazine/article/0,9171,849992,00.html?iid=chix-sphere| title=After the Auk |journal=| issue=31 August, 1942| accessdate=2008-01-03] Alexander was in recognition for his services in the field from March to June 1940.

Having been confirmed in the rank of lieutenant-general in July 1940 [LondonGazette |issue=34899 |date=, |startpage=4415 |endpage= |supp=y |accessdate=2008-06-18 |accessyear=] Alexander was made GOC-in-C Southern Command, responsible for the defence of the south-west of England.

In February 1942, after the Japanese invaded Burma in January, Alexander was promoted full general [LondonGazette |issue=35509|date=, |startpage=1497 |endpage= |supp=y |accessdate=2008-06-18 |accessyear=] and sent to be GOC Burma, commanding what was later to be the Fourteenth Army. He left the tactical conduct of his army to his Corps commander Bill Slim with himself handling the more political aspects of dealing with , the commander of the Chinese forces nominally under his command.

By July 1942, the British and Indian forces in Burma had completed their fighting retreat back into India and Alexander, having been mentioned in despatches for his Burma service,

Alexander presided over Montgomery's victory at the and the advance of Eighth Army to for which his knighthood was promoted to GCB. [LondonGazette |issue=35782|date=, |startpage=4917 |endpage= |supp=y |accessdate=2008-06-19] After the Anglo-American forces from "Torch" and the Eighth Army converged in in February 1943, they were brought under the unified command of a newly-formed HQ commanded by Alexander and reporting to , the Supreme Allied Commander in the Mediterranean ().

After the surrender of the Axis forces in Tunisia in May 1943, Alexander's command became and under Eisenhower, was responsible for mounting the in July, once again controlling two armies: Montgomery's Eighth Army and 's . After Sicily 7th Army headquarters was replaced by headquarters under for the Allied invasion of Italy.

Alexander was very popular with both US and British officers, and was Eisenhower's preference for the ground command of D-Day, but applied pressure to keep him in , considering him unfit for the assignment.

Alexander remained in command of 15th Army Group and its successor, for most of the Italian Campaign, relinquishing his command to Clark in December 1944 when he took over as the Supreme Allied Commander Mediterranean having been promoted field marshal. His promotion was backdated to the fall of Rome, on , [LondonGazette |issue=36822|date=, |startpage=5551 |endpage= |supp=y |accessdate=2008-06-19] so that he would once again become senior to Montgomery, who had been made a field marshal earlier in the year, on , after the end of the Battle of Normandy.

Montgomery, who was both a long-time friend and subordinate of Alexander in Sicily and Italy, said of him, "Alexander....is not a strong commander...the higher art of war is quite beyond him." Fact|date=December 2007 He advised his US counterparts, Mark Clark and , to ignore any orders from Alexander with which they did not agree. Fact|date=December 2007

Alexander received the German surrender in Italy on .

In 1943 the Prime Minister, , had proposed to make the Irish aristocrat Alexander a Knight in the Most Illustrious . The Commonwealth Office advised against it.Fact|date=June 2008

After the war Alexander was under serious consideration for CIGS, the British Army's top job, but he had been invited to become . He therefore chose to retire from the army, taking up the new appointment for six years(1946&ndash;1952), and proved a popular choice among the Canadian population. In addition to his military reputation, Alexander had a charismatic gift for making friends and communicating with people. This made him a popular and successful Governor General. He took his duties seriously&mdash;indeed, when he was asked to kick the opening ball in the 1946 final, he spent a number of early mornings practising.

He saw his role as a vital link between Canadians and their head of State, and was eager to convey that message wherever he went. He travelled Canada extensively, eventually logging more than 294,500 kilometres (184,000 miles) during his five years as Governor General.

On his first major visit to western Canada, he was presented on with a made by carver Mungo Martin, to mark his installation as an Honorary Chief of the Kwakiutl, the first white man to be so honoured. The totem pole remains a popular attraction on the front lawn of . During a later visit in 1950, he was made Chief Eagle Head of the First Nations.

Alexander's term - the post-WWII years - was an era of change for Canada. The post-war economy boomed in Canada, and a new prosperity began. In Letters Patent of 1947, King George VI allowed the Governor General to exercise almost all of His Majesty's powers and authorities in respect of Canada on the King's behalf. The document continues to be the source of the Governor General's powers today. In 1949, at the Commonwealth Prime Ministers Conference, the decision was made to use the term "member of the Commonwealth" instead of "Dominion".

That same year, Newfoundland entered Confederation, and Alexander visited the new province that summer. But by 1950, Canada was once again embroiled in war, as Canadian forces fought in against communist and the . Alexander visited the troops heading overseas to give them his personal encouragement.

Alexander accepted the post of of Canada in September 1947, and was also keenly interested in the creation of the future .

Alexander hosted various dignitaries, including Princess Elizabeth and the Duke of Edinburgh, who came to Canada for a Royal Tour in October 1951, less than two years before the Princess became Queen Elizabeth II, . Lord and Lady Alexander hosted a square dancing party which the Princess and the Duke attended. Alexander also travelled abroad on official trips, visiting President Truman in the in 1947, and paying a State visit to in June 1948.

Generally, though, Lord and Lady Alexander led an informal lifestyle. He was an avid sportsman, enjoying , , and rugby. Fond of the outdoors, he enjoyed attending the harvest of in and , and personally supervised the tapping of the trees on the grounds of Rideau Hall. He was also a passionate painter, and in addition to setting up a studio for himself in the former dairy which still stands today at Rideau Hall, he organised art classes at the . Lady Alexander became an expert weaver while in Canada, and had two looms in her study.

Alexander encouraged education in Canada. Many Canadian universities gave him honorary degrees, and he was also appointed an Honorary Doctor of Laws by Harvard and Princeton Universities in the United States.

In early 1952, after his term was extended twice, Lord Alexander left the office of Governor General, after Sir Winston Churchill, the British Prime Minister, asked him to return to London to take the post of , after Sir Winston Churchill had found that age and infirmity made it hard for him to perform both jobs as he had done during the Second World War. He was temporarily replaced by an administrator (Chief Justice ) prior to the appointment of diplomat as the new Governor General. For his service as Governor General Alexander was made an which conferred upon him the name and style of Earl Alexander of Tunis and Baron Rideau of Ottawa and Castle Derg in the County of Tyrone. [LondonGazette |issue=39491|date=, |startpage=1468 |endpage= |supp= |accessdate=2008-06-18] In 1952 he was appointed to the organising committee for the coronation of Queen Elizabeth II [LondonGazette |issue=39569|date=, |startpage=3184 |endpage= |supp= |accessdate=2008-06-18] and carried the Royal Orb in the State Procession on that occasion in 1953. [LondonGazette |issue=40020|date=, |startpage=6243 |endpage= |supp=y |accessdate=2008-06-18]

At that time, each of the three armed forces was still run by a separate department and represented by a separate minister in the Cabinet, with the as a co-ordinator; Churchill tried unsuccessfully to have other departments co-ordinated by such "overlords". Lord Alexander served as Minister of Defence until 1954, at which point he retired from politics.Fact|date=June 2008

Canada remained a favourite second home of the Alexanders, and they returned often to visit family and friends. In the Queen's 1959 New Year's Honours List Alexander was appointed to the . [LondonGazette |issue=41589|date=, |startpage=3 |endpage= |supp=y |accessdate=2008-06-18]

Lord Alexander of Tunis died of a perforated aorta on . His funeral was held on at St Georges Chapel, , and his remains are buried in the churchyard of Ridge, near Tyttenhanger, his family's Hertfordshire home. Lady Alexander died in 1977.Fact|date=June 2008