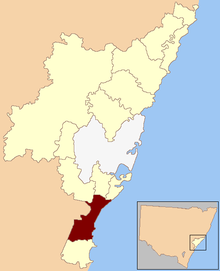 Cunningham had been held by Labor since its creation 52 years previously, but a recent local government election for Lord Mayor of Wollongong had seen the Labor candidate lose to an independent, Alex Darling, causing concern in the ALP about their ability to hold the seat given the expectation of a significant protest vote against them.[1] The ALP candidate preselected to replace Martin was Sharon Bird.

The Liberal Party of Australia chose not to run a candidate in the by-election, although David Moulds, who ran as an independent, admitted that he held membership of the Liberal Party.[2]

Although Labor received the highest primary vote, the Australian Greens candidate, Michael Organ, won the by-election on a two-party preferred basis after preferences were distributed. Internal Labor factors which were attributed to the surprise loss of the seat included Martin's premature departure, a messy preselection process for Bird, discontent from the NSW branch of the ALP towards federal leader Simon Crean, and dissatisfaction from Labor's traditional industrial support base. Other factors which contributed to the Greens win included the Liberal Party's decision not to field a candidate, and many of the minor candidates directing their preferences to the Greens (including a trade union-backed independent).[3]

Bird and Organ both contested Cunningham in the 2004 federal election, with Bird winning the seat in the rematch.