N. John Habraken (1928, Bandung, Indonesia) is a Dutch architect, educator, and theorist. His major contributions are in the field of mass housing and the integration of users and residents into the design process. 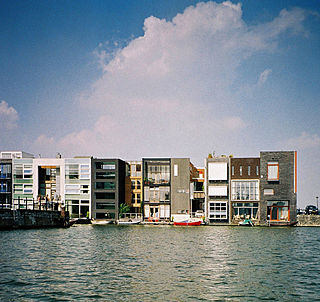 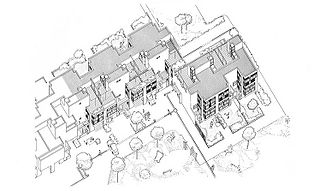 Participation of the inhabitants, inside and outside

Habraken studied architecture at Delft Technical University, the Netherlands from 1948-1955. From 1965 to 1975, he was Director of SAR (Foundation for Architects Research) in the Netherlands, researching and developing methods for the design and construction of adaptable housing. His seminal book 'Supports, an Alternative to Mass Housing' (Habraken, N. John (1972). Supports, an Alternative to Mass Housing. The Architectural Press. ) was first published in 1962 (English edition 1972, re-issued in 1999). In the book, Habraken proposes the separation of 'support' or base building from 'infill' or interior fit-out in residential construction and design as a means of giving inhabitants a meaningful participative role in the design process. Habraken's theories have been linked to the Structuralism movement in architecture.

In 1960, Habraken designed the WOBO (World Bottle) for Alfred Heineken. The WOBO is a stackable beer bottle that can be used to build a bottle wall. Initially developed in response to the lack of affordable building materials and the inadequate living conditions that beset Curaçao's lower class, the WOBO is a pioneering example of industrialized recycling and adaptive reuse of materials.

In 1967 Habraken was appointed professor at Eindhoven Technical University, and charged with the responsibility to set up its new Department of Architecture and serve as its first chairperson. From 1975 to 1981 Habraken served as Head of the Department of Architecture at the Massachusetts Institute of Technology (MIT), Cambridge, MA. He taught at MIT until his retirement as Professor Emeritus in 1989.

Habraken remains occupied with methods and theory of architectural and urban design. He has lectured on these topics worldwide and is the author of a vast number of books, research reports, and many articles.

Habraken is recipient of the 1988 Creative Achievement Award of the Association of Collegiate Schools in the US; the David Roëll prize 1979 of the Dutch Prince Bernhard Fund; The King Fahd award for design and research in Islamic Architecture, 1985–86; and the Oevre Award for 1996 of the National Foundation for Art, design, and Architecture (BKVB oevre prijs) in the Netherlands. He is honorary member of the Architectural Institute of Japan, Knight of the Royal Order of the Dutch Lion 2003, and Recipient of the 2003 “Kubus Award for Advancing the Standing of Architecture”, by the BNA, Dutch Association of Architects. His book, titled: "The Structure of the Ordinary"(Habraken, N. John (1998). The Structure of the Ordinary. MIT Press. ), is an investigation of laws governing the built environment as revealed by patterns of transformation. His most recent book: “Palladio’s Children” (Habraken, N. John (2005). Palladio’s Children. Taylor & Francis. ) is an attempt to explain why architects do not know how to deal with everyday environment. Habraken lives in Apeldoorn, The Netherlands.