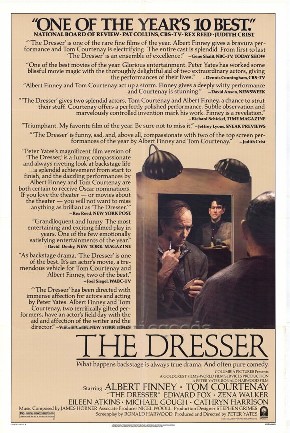 "The Dresser" is a 1983 film which tells the story of an aging actor's personal assistant, who struggles to keep his charge's life together. The film is based on a screenplay by , based on his successful West End and Broadway play.

The film was directed by and produced by Peter Yates and Ronald Harwood. The cinematography was by .

Ronald Harwood based the play on his experiences as dresser to distinguished English Shakespearean actor-manager , who is the "Sir" in the play. The play was first presented on , , at The Royal Exchange Theatre and then opened at the in ,, with as "Sir" and as Norman. The play was nominated for Best Play at the for 1980.