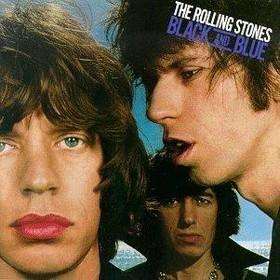 Credited to and , apparently wrote the song's main riff, a piece of music he took with him to 's where he and other guitarists were auditioning for the second guitarist slot left open after the departure of .

In his review, says, " [Hey Negrita] straddles Latin, reggae, and musical styles. Mick Jagger had been spending a lot of time in and absorbing new elements of dance music, specifically Latin forms."

Of the song's substance, Janovitz says, "Jagger again chooses not to shy away from controversy... "Negrita," a Spanish term translating as "little black girl," was a pet name he had coined for his wife at the time, Bianca, a Latina. The song, however, is undeniably sexy, and Jagger is playing with the stereotypical Central and South American approaches to the battle of the sexes."

Janovitz concludes, "Mostly, though, the lyrics are meant to stay out of the way of the groove and are an excuse to throw in some fresh-sounding Spanish phrases. But the song did little to avoid the controversy the Stones continued to stoke..."

While considered "splendid... edgy, funky" by Janovitz and popular among Stones fans, it is considered one of the songs that earned Black and Blue its unofficial title as the Stones' "jam album". Recorded in December, 1974 and in March and April of 1975 at Munich and Mountain Recording Studios in , "Hey Negrita" features Jagger on lead vocals, Richards and Wood (lead) on guitars, on bass, and Watts on drums. In addition to piano, Preston also performs organ and backing vocals with Richards and Wood.

"Hey Negrita" has only been performed live during the Tour of Europe '76, evidently because of the controversial lyrics (although one of the longtime mainstays of the band's shows, "Brown Sugar," has similar issues with its lyrics.)