Der Mond (The Moon) is an opera in one act by Carl Orff based on a Brothers Grimm fairy tale (KHM 175) with a libretto by the composer. It was first performed on 5 February 1939 by the Bavarian State Opera in Munich under the direction of Clemens Krauss. The composer describes it not as an opera but as Ein kleines Welttheater ("A little world theatre"); the performance lasts for about one hour and is usually paired with Orff's Die Kluge. 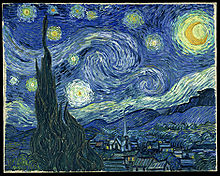 The story involves characters who steal the moon for their country which does not have a moon. They take the moon to their graves upon their deaths[N 1] and St. Peter goes to the underworld to retrieve it and hang it again in the sky. Two speaking roles include that of a child and a landlord. Singing roles include the four rascals who steal the moon, St. Peter, a farmer and the narrator.