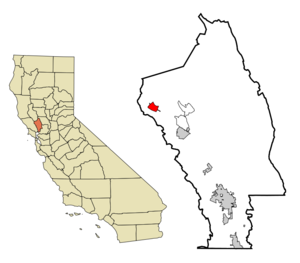 The Upper Napa Valley was once the home of a significant population of Indigenous People, called the during the Spanish colonial era of the late 1700’s. With abundant trees providing s as a food staple and the natural hot springs as a healing ground Calistoga was the site of several villages. Following Mexican Independence, mission properties were secularized and disposed of by the Mexican government with much of the Napa Valley being partitioned into large ranchos in the 1830s and 1840s. The first American settlers began arriving in the 1840’s, with several taking up lands in the Calistoga area.

was the leader of a settlement expedition on the ship Brooklyn landing in Yerba Buena (San Francisco) in 1846. He published San Francisco's first English language newspaper, the California Star. Following the discovery of in Sacramento, Brannan pursued many business ventures, which made him California’s first millionaire and became a leader in San Francisco's Committee of Vigilance (the much feared Vigilantes). Fascinated by Calistoga’s natural hot springs, Brannan purchased more than convert|2000|acre|km2|0 with the intent to develop a spa reminiscent of Saratoga in . His Hot Springs Resort surrounding Mt Lincoln with the Spa/Hotel located at what is now , opened to California's rich and famous in 1862. In 1868 Brannan's Napa Valley Railroad Company's track was completed to Calistoga. This provided an easier travel option for ferry passengers making the journey from . With the addition of railroad service, Calistoga became not only a destination, but also the transportation hub for the upper valley and a gateway to Lake and Sonoma Counties. A 6 meter diorama of this early Calistoga can be seen in the Sharpsteen Museum.

Calistoga's economy was based on mining ( and mercury) agriculture (grapes, prunes and walnuts) and tourism (the hot springs). One of the early visitors was . He had yet to write his great novels, met in France, followed her to San Francisco and, after she had obtained a divorce, married her in May, 1880. Three days later they were on their way to honeymoon at the Calistoga Hot Springs Hotel. Desiring to stay in the area, they moved from the hotel to an abandoned cabin at the nearby Silverado Mine on . While working on other stories Stevenson kept a journal which became the "" describing many local features, residents and characters.

Calistoga made national headlines in 1881 when Anson Tichenor claimed that he had invented a way to extract gold from the waters of the hot springs. Tichenor's invention was soon proved to be a fraud.

In 1920 Giuseppe Musante a soda fountain and candy store owner in Calistoga was drilling for a cold water well at the Railway Exchange when he tapped into a hot water source. In 1924 he set up a bottling line and began selling Calistoga Sparkling Mineral Water. The company became a major player in the bottled water business after Elwood Springer bought the small bottling plant in 1970 known today as .

Today, Calistoga retains its charm of yesteryear with a walkable downtown much as it was when spa visitors arrived by train.

At the very top of the Napa Valley, centrally located between Napa and Sonoma counties, Calistoga remains the historic hot springs resort destination of wine, water, and wellness.

Named a Distinctive Destination by the in 2001, Calistoga enables a visitor to see wine country as it was before freeways and fast food - only two-lane roads lead there and fast food franchises are banned by law.

Scenes from an upcoming movie "Bedtime Stories" starring were filmed in Calistoga in June, 2008. [http://www.weeklycalistogan.com/articles/2008/06/19/news/local/doc48598fa4007fb817713106.txt] Local folklore holds that the town supposedly got its name from a uttered by . He is alleged to have said (perhaps after sampling the local vintages) that the location would become the 'Calistoga of Sarifornia'. He had meant to say the ' of ', comparing it to the famous hot springs of that town.

There were 2,042 households out of which 29.0% had children under the age of 18 living with them, 47.2% were married couples living together, 8.2% had a female householder with no husband present, and 39.1% were non-families. 31.4% of all households were made up of individuals and 17.1% had someone living alone who was 65 years of age or older. The average household size was 2.51 and the average family size was 3.20.

Calistoga is at the north end of the , part of 's Wine Country. Thus there are numerous wineries within a short drive. Calistoga itself, however, is noted for its spas, a local specialty being immersion in hot volcanic ash known as a .Nearby attractions are include a known as the of California.

*, former head coach of the , , & was born in Calistoga
*Singer/Songwriter Jason Duffy originally hailed from this small town, as documented in the melancholy rock single "Calistoga" from the album "Well Over An Hour's Ride".
*In 1880 spent his honeymoon with Fanny Vandegrift a few miles north of Calistoga, living in the bunk house of the abandoned Silverado Mine. "" is his story of this adventure.
*Former player and his wife Nancy live just south of Calistoga where they have a convert|3|acre|m2|sing=on vineyard