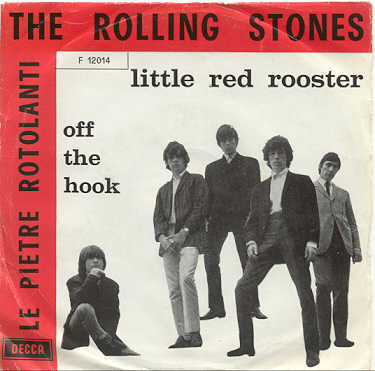 It was covered by and reached number one in the on where it stayed for one week. contributes a distinctive to the track. It was the band's last blues cover to be released as a single. In the , "Little Red Rooster" was heavily boycotted/banned by radio stations for its sexual implications, forcing the release of "" as a single instead. The song was first released Stateside on the album "". It also appeared on their 1989 compilation, "."