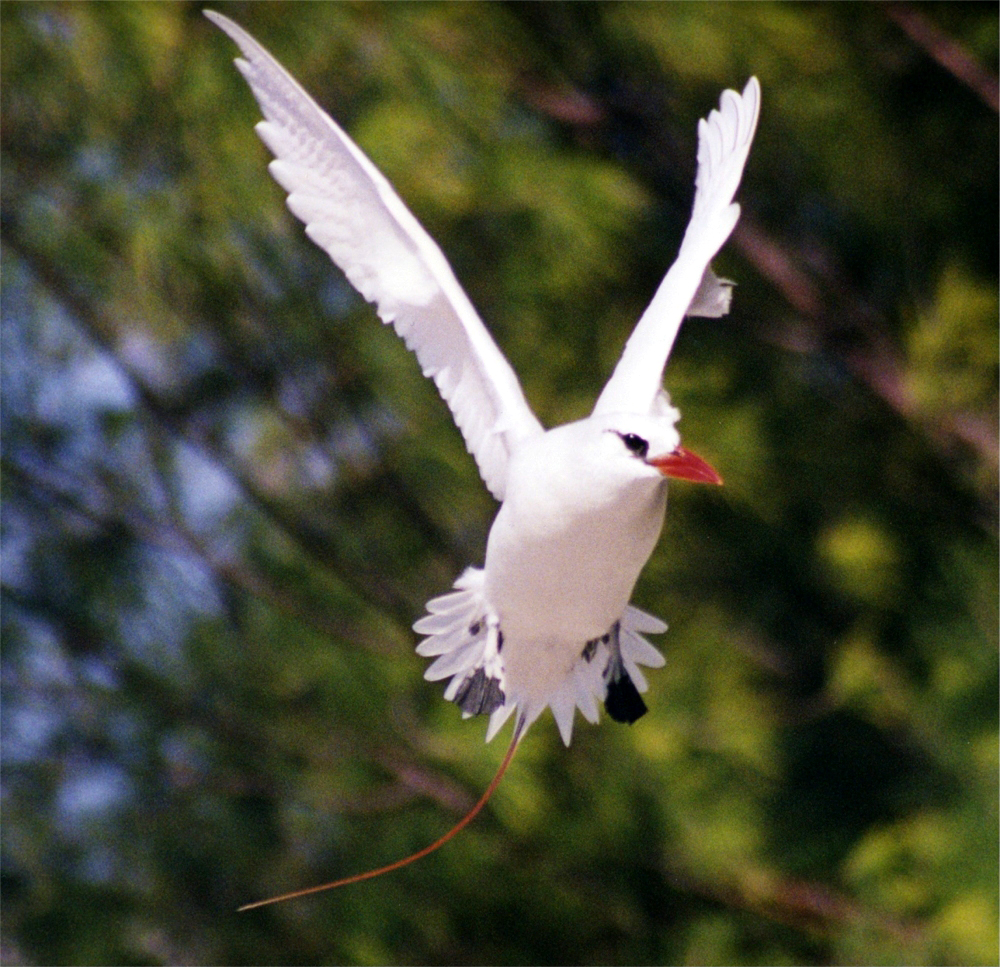 image_caption = "Red-tailed Tropicbird"
regnum = ia
phylum = Chordata
classis = Aves
ordo =
familia = Phaethontidae
genus = "Phaethon"
species = "P. rubricauda"
binomial = "Phaethon rubricauda"
binomial_authority = Boddaert, 1783The Red-tailed Tropicbird, "Phaethon rubricauda," is a that nests across the Indian and s. It is the rarest of the s, yet is still a widespread bird that is not considered threatened. It nests in colonies on oceanic s.

The Red-tailed Tropicbird looks like a stout , and hence closely resembles the other two tropicbird species. It has generally white , often with a pink tinge, a black crescent around the eye and a thin red tail feather. It has a bright red bill and black feet.

Red-tailed Tropicbirds nest on oceanic islands in large colonies from the to and across to . They disperse widely after breeding, birds ringed in Hawaii have been recovered as far away as and the . They range from the to and .

When breeding they mainly choose s with low shrubs, nesting underneath them (or occasionally in cavities. They feed offshore away from land, singly rather than in flocks. They are plunge-divers that feed on fish, mostly , and .