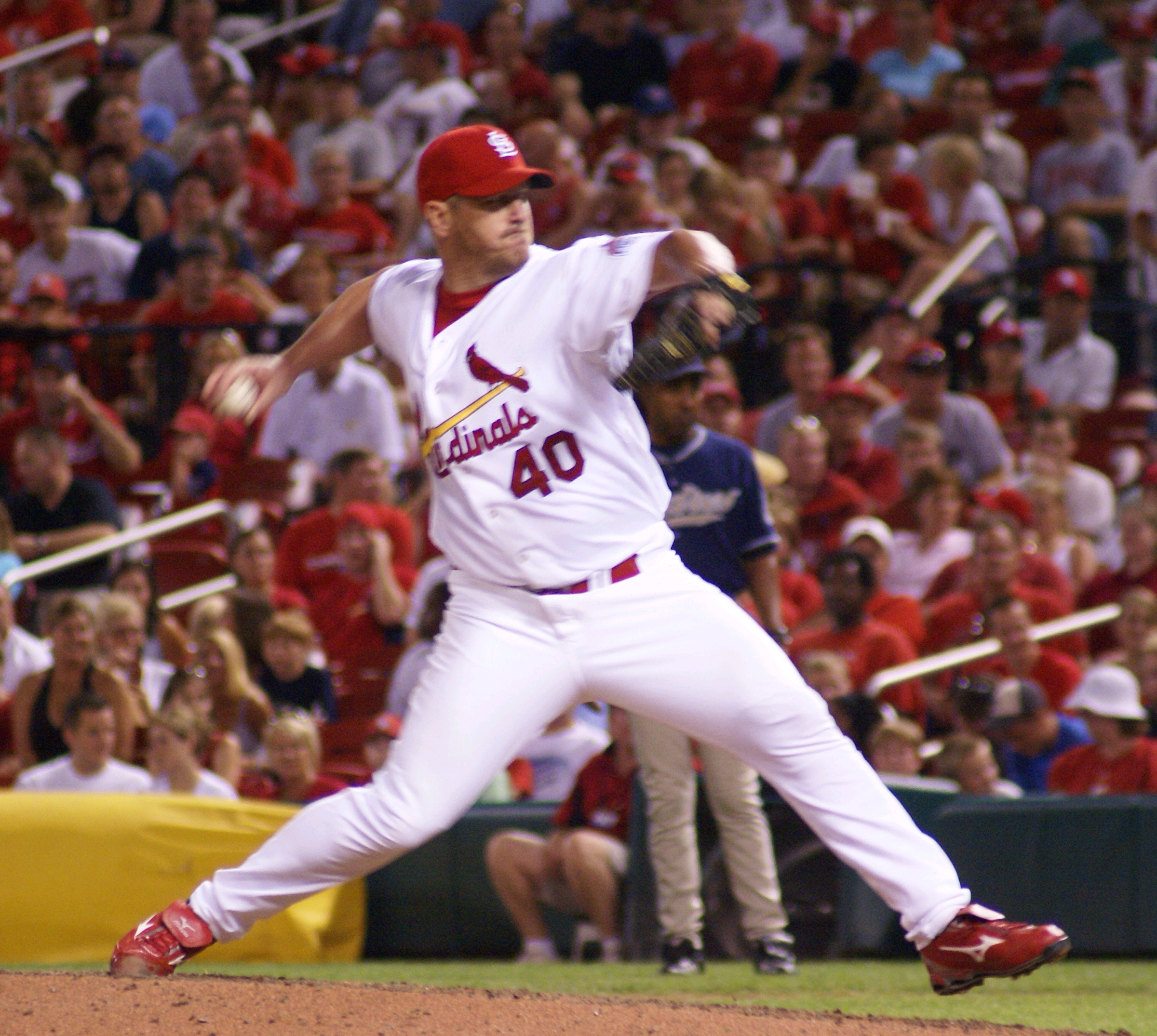 Troy Eugene Percival (born , in city-state|Fontana|California) is a who plays for the . He spent most of his career with the California/Anaheim Angels and was a key member of that franchise's championship team.

He started playing at Moreno Valley Youth Federation (MVYF) and was coached by Bill Yearsley in his early years. Percival played on the baseball team, before attending the . He was then drafted by the California Angels in the 6th round of the by|1990 amateur draft as a . He batted .200 in his only season as a catcher and was converted to a when coaches noticed that his return throws to the mound were actually faster than the pitches he caught. He made his Major League debut as a reliever in mlby|1995, and was mostly used as a setup man for Lee Smith.

Percival's contract with the Angels expired in 2004 and he became a at the end of that season. Rather than bring Percival back, the Angels decided to turn to young phenom Francisco Rodríguez to close, motivated largely by Rodriguez's much lower price tag and concerns about Percival's age and health. The Angels offered to negotiate a reduced role (at a correspondingly reduced salary) for Percival to return as a setup man, but Percival decided to seek opportunities elsewhere that would allow him to remain a closer.

Percival signed with the as a free agent for the mlby|2005 season. However, after a mediocre start to his career at , during which he converted 8 saves from 11 opportunities and posted an ERA of 5.76, Percival suffered a serious injury to his right forearm in early July. The severity of the injury ended his season, as well put the rest of his career in doubt.

After attempting to recuperate, Percival reported to for the Tigers in mlby|2006. However, on his first outing he again suffered significant pain and left the team. After spending the entire 2006 season on the Tigers' and working for the team as an advance scout, Percival's contract with the Tigers expired at the end of the 2006 season.

Though the he didn't pitch a game during the Tigers' run to the American League Championship, the team voted Percival a ring and a full playoff share. Appreciative of this gesture, he used the money to buy a suite at Comerica Park for the Tigers' wives.

On , mlby|2007, the Los Angeles Angels of Anaheim hired Percival as a special assignment pitching instructor. However, believing his arm to have finally healed, he requested his release from his minor league coaching contract to pursue a comeback. Percival signed a contract with the and joined the big league team on , 2007 [ [http://losangeles.angels.mlb.com/NASApp/mlb/news/press_releases/press_release.jsp?ymd=20070119&content_id=1782872&vkey=pr_ana&fext=.jsp&c_id=ana The Official Site of The Los Angeles Angels of Anaheim: Official Info: Press Release ] ] [ [http://mlb.mlb.com/news/article.jsp?ymd=20070522&content_id=1979315&vkey=news_mlb&fext=.jsp&c_id=mlb The Official Site of Major League Baseball: News: Major League Baseball News ] ] [ [http://stlouis.cardinals.mlb.com/news/article.jsp?ymd=20070626&content_id=2050580&vkey=news_stl&fext=.jsp&c_id=stl The Official Site of The St. Louis Cardinals: News: St. Louis Cardinals News ] ] . Percival is the fourth member of the 2002 championship Angels team to play for the 2007 Cardinals, joining , , and , as well as joining former Angels teammate .

Percival made his first appearance in the Majors since 2005 on , 2007, against the . He struck out the first batter he faced, David Ross, and was also credited with the win.

On , 2007, he signed a two-year, $8 million contract with the . The contract contained up to $4 million in performance-based incentives. [ [http://sports.espn.go.com/mlb/news/story?id=3132471 ESPN - Rays, reliever Percival sign multi-year deal with incentives - MLB ] ] Rays manager has said that Percival will be the closer in mlby|2008.