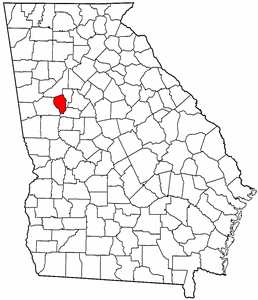 This county is included in the (Atlanta-Sandy Springs-Marietta, Georgia ).