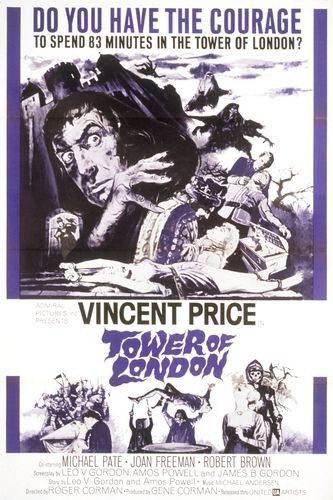 Richard, the duke of Gloucester (Vincent Price), murders his way to the throne and becomes King of England. But the ghosts of those he murdered still continue to haunt him.

*The original tag line, "Do you have the courage to spend 83 minutes in the Tower of London?"was slightly off, since the film's running time was only 80 minutes.