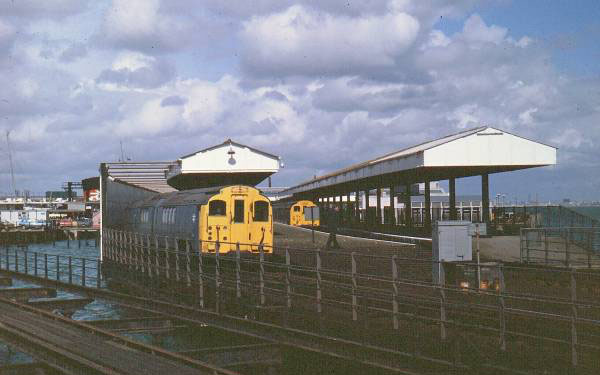 Six three-cars were refurbished by BR's depot in 1966-67. The units were initially classified Class 451 and numbered 031-036, later reclassified Class 486 and numbered 486031-036. A spare driving motor car was also refurbished, given the unit number 486037. Each unit was formed of a driving motor, an intermediate trailer, and a driving trailer. Thus, the formation was DMBSO+TSO+DTSO.

When introduced, the units carried all-over BR blue livery. This progressed to standard blue/grey livery in the 1970s, and finally some units received 's blue livery with red and white stripes, following its introduction in 1986.

Electric services on the Isle of Wight commenced on . In service, it was common for the 3Tis units to work in combination with a 4Vec unit, such that a train was formed of seven coaches. The name "Vectis" is the Roman name for the .

Due to the proximity to the sea, the units suffered from bad corrosion damage. By the mid-1980s it was clear that the units needed replacing. The replacements came from the 2-car Class 483, which were also rebuilt from former stock, namely 1938 tube stock. These new units were introduced from 1989. The last 3Tis and 4Vec units were withdrawn from service in 1992.

No 3Tis units were saved for preservation. However, several 4Vec vehicles were sold back to London Underground for eventual restoration as part of an operational 'Standard' stock museum unit.

Details of the original 1967 formations are shown below.