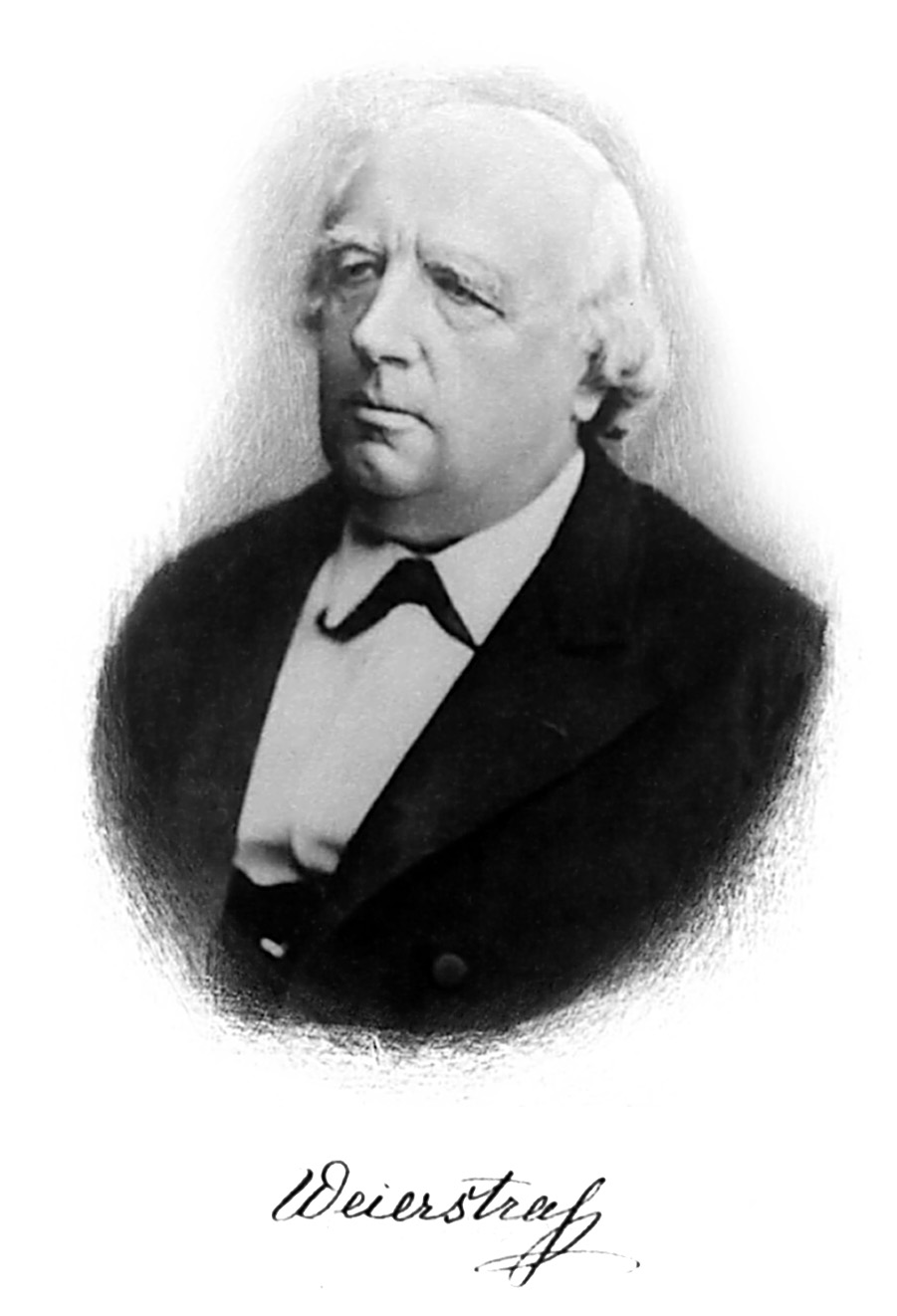 Karl Theodor Wilhelm Weierstrass (Weierstraß) (, &ndash; , ) was a German mathematician who is often cited as the "father of modern analysis".

Weierstrass was born in Ostenfelde, part of , .

Weierstrass was the son of Wilhelm Weierstrass, a government official, and Theodora Vonderforst. His interest in mathematics began while he was a "Gymnasium" student, and was sent to the upon graduation to prepare for a government position. Because his studies were to be in the fields of , economics, and finance, he was immediately in conflict with his hopes to study mathematics. He resolved the conflict by paying little heed to his planned course of study, but continued private study in mathematics. The outcome was leaving the university without a degree. After that he studied mathematics at the which was even to this time very famous for mathematics and his father was able to obtain a place for him in a teacher training school in , and he later was certified as a teacher in that city. During this period of study, Weierstrass attended the lectures of and became interested in s.

After 1850 Weierstrass suffered from a long period of illness, but was able to publish papers that brought him fame and distinction. He took a chair at the , then known as the Gewerbeinstitut. He was immobile for the last three years of his life, and died in Berlin from .

Weierstrass was interested in the soundness of calculus. At the time, there were ambiguous definitions regarding the fundamentals of calculus, hence theorems could not be properly proven. While Bolzano had developed a reasonably rigorous definition of a limit as early as 1817 (and possibly even earlier) his work remained unknown to most of the mathematical community until years later, and other eminent mathematicians such as Cauchy had only vague definitions of limits and continuity of functions. Weierstrass defined continuity as follows:

is continuous at if for every such that:

With these new definitions he was able to write proofs of several then-unproven theorems such as the , , and .

Weierstrass also made significant advancements in the field of . Using the apparatus of analysis that he helped to develop, Weierstrass was able to give a complete reformulation of the theory which gave way for the modern study of calculus of variations. Among several significant results, Weierstrass established a necessary condition for the existence of of variational problems. He also helped devise the which give sufficient conditions for an extremal to have a corner.

The Weierstrass is named after him.