Take Me Out (song)

Take Me Out (song)

Infobox Single
Name = Take Me Out 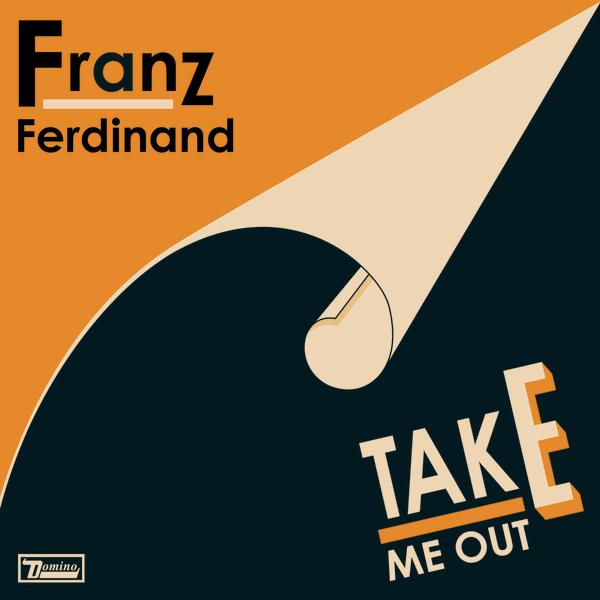 "Take Me Out" is the breakthrough hit and second single from Scottish band Franz Ferdinand. It was released in the on the and in the USA on , both through . It was released on , 7" vinyl, and as a single with the video promo and a short interview with the band.

The single reached #3 in the . It reached #3 on the US chart and #66 on the US . The song was voted the best single of by the poll, and #1 on Australian youth radio network Triple J's Hottest 100 of the same year.

The promotional video for the song was directed by . It includes the band in the midst of a somewhat Pythonesque (surreal style) animation involving quirky vintage figures and machinery. The video is a blend of the live action band superimposed into a 3D environment with animated 2D elements.

Franz Ferdinand frontman explained the many and varied influences behind the '30s-style promo for second single "Take Me Out".

"It's kind of two dimensional in a three dimensional style if that makes any sense. It's a montage of images; ourselves, pictures and things taken from other places and put together in a strange, abstract way. That's what gives the video that strange, jerky, style.

"The idea came out of stuff we'd been talking about as a band - we all like the photo montage style that you get from the artists who would literally cut up photographs and make new images with the pieces. You get this strange, disjointed look where limbs and heads aren't the same proportions. So you get a very jarring effect.

"We wanted to combine that with other ideas, like those old films from the 1930s that were directed by Busby Berkely; he would have these geometric shapes formed by dancers, chorus girls all making these fantastic shapes in water. But we wanted to take it further; he'd use the human shape to make these abstract shapes and we wanted to take it further by using limbs and arms and repeat them to make the human form even less human. So we have a lot of that in the video too, a lot of legs kicking in the air and arms moving to create that same sort of effect.

"Another sort of imagery that we liked was the kind you'd get in Russian film and propaganda posters, again from the 1930s, which had a kind of constructivist approach; everything was very flat and very geometric and you tended to have limited colours and very blocky styles. We wanted to combine those three styles, so there're a lot of concentric circles, geometric shapes and blocks moving around in time to the music.

"We were very lucky when we made the video 'cos we had all these ideas but we didn't know if it was possible to make a video like that or if it would cost hundreds of thousands of pounds or something but fortunately we met a guy called Jonas Odell. Laurence from Domino knew him and thought he'd be interested in our ideas so we got chatting and he immediately got all the reference points and really liked them. We liked the other videos he'd done, we really liked his style and he said he'd love to give it a go. So he sent us a clip of how he imagined the video looking and we just looked at it and thought 'Wow this is fantastic, the guy's really tuned in'. It was really good fun, we sent lots of e-mails to and fro going through our ideas and how we'd follow them through. I think he did an amazing job, we were really impressed.

"Basically it's a pop video and it should entertain you, but not just once - there're certain things you stare at in life that are just fascinating to look at like a fish tank or an open fire, they're actually quite simple things but there's something fascinating about them. And I think pop videos should be like that too. There should be something there that just makes you want to come back and look at it." [ [http://www.xfm.co.uk/Article.asp?id=16427 Franz Ferdinand 'Take Me Out' - Xfm ] ]

*Colleen Gavin (Natalie Distler), the 18-year-old daughter of () on "Rescue Me" has the "Take Me Out" single cover posted on her wall.

* used a portion of the song for the polka medley "Polkarama!", from the album "".

*The song was used in Season 5 of the British dance show . Scottish rugby player, and his professional dance partner, , danced a to it with Kenny dressed in a stylized kilt. Despite low scores from the judges, it received praise from the fans.

*This song has been featured in the trailer for the 2008 movie starring .

* and performed a to this song during week 2 of .

*In , an acoustic version of "Take Me Out" was recorded in , . This version of the song would appear as a b-side to the exclusive fan club release of . [ [http://www.franzferdinand.8k.com/v6/trackguide.html Franz Ferdinand dot Net ] ]
*A cover version of this song was used in the video game .
*The song was covered by the in 2004 on the B side to their single "Mary". [ [http://www.amazon.com/dp/B000636VKE Amazon.com: Mary, Pt. 1: Music: Scissor Sisters ] ] also covered this song for a live session for Jo Whiley's Radio 1 show on in February 2006, as did Guillemots in September 2006. also recorded an interesting take on this song for Zane Lowe's show.
* is also known for playing this song live, usually in a medley of their , 's and 's .

In March 2005, "Q" magazine placed "Take Me Out" at #41 in its list of the 100 Greatest Guitar Tracks. In September 2005, the same magazine named it the 34th greatest track ever performed by a British band. "Q" made another list for their television channel, also named Q, they made a list of 100 greatest Indie Anthems where "Take Me Out" featured on #6.

gave it a four and a half star rating stating "For once, the NME could be spot-on. There's a reason, after all, that this track shot to #3 on the UK pop charts within a week of its release."

* [http://www.pitchforkmedia.com/article/track_review/29574-take-me-out "Take Me out" review] at (Rating|4.5|5)
* [http://www.guardian.co.uk/music/2004/feb/16/popandrock The School of Rock, John Sutherland] An interpretation of the song in the Guardian.