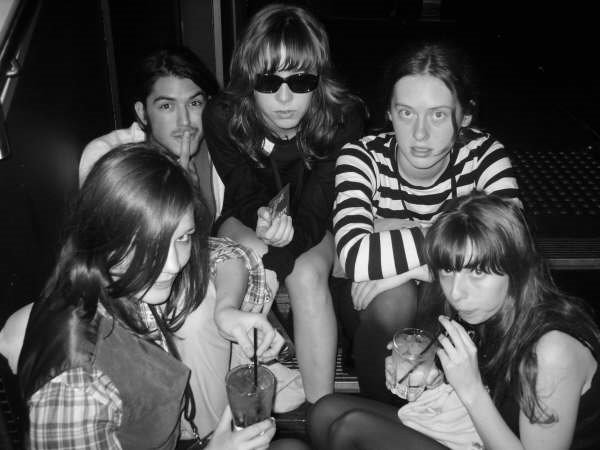 Bridezilla are a five-piece indie band from , .

The band formed in 2005, and is fronted by , who also plays on most tracks. is the band's guitarist, and plays both the and the keyboard. is the and the is . In September 2007, the band signed with and released their debut EP on .

In 2006/07, their live shows gained them acclaim from the music press, especially after successful support slots for , , Snowman [review on [http://www.fasterlouder.com.au/reviews/events/7464/?city=2 fasterlouder] , ] and The Cops [ review at [http://www.fasterlouder.com.au/reviews/events/6816/The_Cops_the_Pip_Branson_Corporation_Bridezilla_the_Annandale_091106/ fasterlouder] ] . They were described as "one of the hottest things to come out of this fair city for quite some time", [ review on [http://www.yourgigs.com.au/reviews/?review_id=91105 ninemsn] ] and such was their growing reputation that in December 2006 magazine included Bridezilla as one of the bands to look out for in 2007. [ "Drum Media Sydney", , ] In March 2007 the band played at the music festival.

Further to their debut at the Playground Weekender, the unique [ Bridezilla are described as "looking and sounding entirely different to any other band around right now" in the [http://www.thegreatescape.net.au/line_up/sunday/ Great Escape artist page ] ] band also played alongside international acts such as , and fellow Australians at The Great Escape music festival and supported winning band in April 2007.

In June 2007, Bridezilla played at Sydney's famous with awarding-winning Australian bands and over two sold-out nights [ review on [http://lastfm.excite.co.jp/user/albsantos/journal/2007/06/3/441189/ lastfm] ] .

In the same month, Bridezilla played a headline show at The Beach Road Hotel in Bondi, Sydney, which led to music paper describing them as "genius". ["The Brag", ] They returned to the same venue for another headline show in February 2008

Bridezilla supported across Australia in November 2007. They also played at 2007's festival in Sydney on December 8 and the Sydney leg of the festival in January 2008.They played at the nationwide s in February and March 2008.

In May 2008, the band performed over three nights at the as part of the Walking On Air show.

The band has recorded with at inculding versions of their "expansive, emotionally articulate epic" [ fbi radio third birthday [http://www.rebelrebel.com.au/whatson_wk17_info.html promo] , ] "Saint Francine", "Brown Paper Bag", the "Mr Young", "Forbidden Holiday", "Chainwork", all of which feature in their debut EP .