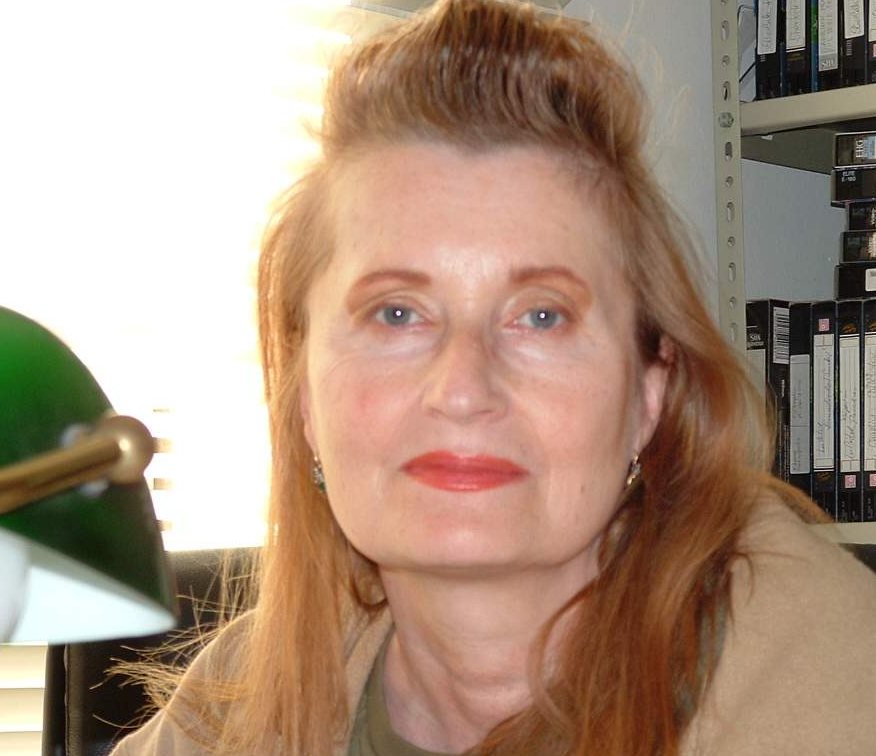 Elfriede Jelinek (IPA2|ˀɛlˈfʀiːdɛ ˈjɛlinɛk) (born , ) is an n feminist and . She was awarded the in 2004 for her "musical flow of voices and counter-voices in novels and plays that, with extraordinary linguistic zeal, reveal the absurdity of society's clichés and their subjugating power."

Jelinek was born in , . Her father, a of ish-Czech origin ("Jelinek" means "little deer" in Czech) managed to avoid persecution during the by working in strategically important industrial production. However, several dozen family members became victims of the . Her mother, with whom she shared the household even as an adult, and with whom she had a difficult relationship, was from a formerly prosperous family. As a child, Elfriede suffered from what she considered an over-restrictive education in a convent school in Vienna. Her mother planned a career as a musical for Elfriede. From an early age, she was instructed in piano, organ, guitar, violin, viola and recorder. Later, she went on to study at the Vienna Conservatory, where she graduated with an organist diploma. Jelinek also studied and at the . However, she had to discontinue her studies due to an anxiety disorder that prevented her from following courses.

Jelinek started writing poetry at a young age. She made her literary debut with the collection "Lisas Schatten" in 1967.

Prior to winning the Nobel Prize, her work was largely unknown outside the German-speaking world and was said to resemble that of acclaimed Austrian playwright , with its pathology of destruction and its concomitant comedic abrogation. In fact, despite the author's own differentiation from Austria, Jelinek's writing is deeply rooted in the tradition of , showing the influence of Austrian writers such as and .

Jelinek's political positions (in particular her feminist stance and her party affiliations) are of vital importance to any assessment of her work. They are also a part of the reason for the vitriolic controversy surrounding Jelinek and her work.

Jelinek was a member of Austria's Communist Party from 1974 to 1991. Jelinek became a household name during the 1990s due to her vociferous clash with 's far-right Freedom Party. Following the 1999 National Council elections and the subsequent formation of a coalition cabinet consisting of the Freedom Party and the , Jelinek became one of the new cabinet's most vocal critics. Citing the Freedom Party's alleged and , many an and overseas administrations swiftly decided openly to ostracize Austria's administration. The cabinet construed the sanctions against it as directed against Austria as such and attempted to prod the nation into a national rallying ("Nationaler Schulterschluss") behind the coalition parties. This provoked a temporary heating of the political climate severe enough for dissidents such as Jelinek to be accused of by coalition supporters.

Jelinek's work is multi-faceted and highly controversial. It has been by turns praised and condemned by leading literary critics (in the wake of the Fritzl case, for example, she was accused of "executing 'hysterical' portraits of Austrian perversity" [" [http://www.theaustralian.news.com.au/story/0,25197,23643630-2703,00.html Wife of incest dad under suspicion] ". , , .] ). Likewise, her evokes divergent and often heated reactions. Despite the public controversy surrounding her work, Jelinek has won many distinguished prizes, among them are the Georg Büchner Prize in 1998; the Müllheim Dramatists Prize in 2002 and 2004; the in 2004; and the , also in 2004.

Prevalent topics in her prose and dramatic works are , its abuse and the in general. Texts such as "Wir sind Lockvögel, Baby!" ("We are Decoys, Baby!"), "Die Liebhaberinnen" ("Women as Lovers") and "Die Klavierspielerin" ("The Piano Teacher") showcase the brutality and power play inherent in human relations in a style that is at times ironically formal and tightly controlled. According to Jelinek, power and aggression are often the principal driving forces of relationships. Her provocative novel "Lust" contains graphically-delineated descriptions of sexuality, aggression and abuse. It received poor reviews by many critics, some of whom considered it little more than , but was considered misunderstood and undervalued by others, who noted the power of the cold descriptions of moral failures.

In her later work, Jelinek has somewhat abandoned female issues to focus her energy on in general and Austria's difficulties to owning up to its Nazi past in particular; an example is "Die Kinder der Toten" ("The Children of the Dead").

Her plays often involve an emphasis on . In "Sportstück", for example, the issue of and in is explored. Some consider her plays taciturn, others lavish, and others still a new form of theater altogether.

Jelinek's novel "Die Klavierspielerin" ("The Piano Player") was filmed with title "" by Austrian director , with French actress as the protagonist.

In late April 2006, Jelinek stood up to protect , whose play "" ("The Art of Asking") was removed from the repertoire of for his alleged support of .

Commenting on the Nobel Prize, she said she felt very happy to receive the Prize, but also felt despair: "despair for becoming a known, a person of the public". Paradigmatic for her modesty and subtle self-irony, she - a reputed feminist writer - wondered if she had not been awarded the prize mainly for "being a woman" and suggested that among authors writing in German, whom she praises as a "living classic", would have been a more worthy recipient.

Jelinek was criticized for not accepting the prize in person; instead, a [http://nobelprize.org/literature/laureates/2004/jelinek-lecture.html video message] was presented at the ceremony. Others appreciated that Jelinek openly disclosed that she suffers from and , anxiety disorders which can be highly disruptive to everyday functioning yet are often concealed by those affected out of shame or feeling of inadequacy. Jelinek has said that her anxiety disorders make it impossible for her even to go to the cinema or to board an airplane (in an interview she wished to be able to fly to to see the skyscrapers one day before dying), and she felt incapable of taking part in any ceremony. However, in her own words as stated in another tape message: "I would also very much like to be in Stockholm, but I cannot move as fast and far as my language."

In 2005, left the in protest, describing Jelinek's work as "whining, unenjoyable public pornography" as well as "a mass of text shoveled together without artistic structure". He said later her selection for the prize "has not only done irreparable damage to all progressive forces, it has also confused the general view of literature as an art". [" [http://www.boston.com/ae/books/articles/2005/10/12/members_abrupt_resignation_rocks_nobel_prize_community Member's abrupt resignation rocks Nobel Prize community] ". "", , .]