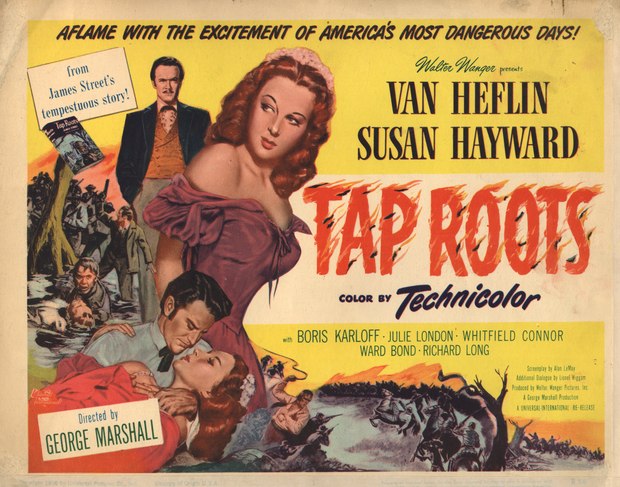 "Tap Roots" is a 1948 set during the American Civil War, made by Walter Wanger Productions and . It was directed by George Marshall and produced by from a by Alan Le May, based on the 1942 novel "Tap Roots" by , with additional dialogue by Lionel Wiggam. The original music was by and the cinematography by Winton C. Hoch and Lionel Lindon.

A radio version of "Tap Roots" , with Van Heflin, Susan Hayward and Richard Long reprising their film roles, was broadcast by the on .