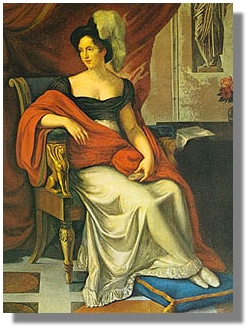 Lucia Migliaccio, Duchess of Floridia (, , - , , ) was the second wife of . Their marriage was and Lucia was never a Queen consort.

She was a daughter of Vincent Migliaccio and Doreta Borgia. Her mother came from .

On , , Lucia married Ferdinand III of Sicily in . The bride was forty-four years old and the groom sixty-three.

Ferdinand had lost his first wife with her death on , . He had already practically abdicated his power by naming their eldest son Prince Francis as his regent and delegating most decisions to him. While Marie Caroline was considered the ruler of Sicily until 1812, Lucia had very limited influence.

Ferdinand continued to rule until his death on , . Lucia survived him by a year and three months. There were no children from this marriage.

* [http://www.thepeerage.com/p11352.htm#i113518 Her profile in Peerage.com]
* [http://www.geocities.com/henrivanoene/gensicily.html A Genealogy of the Royal Family of the Two Sicilies]