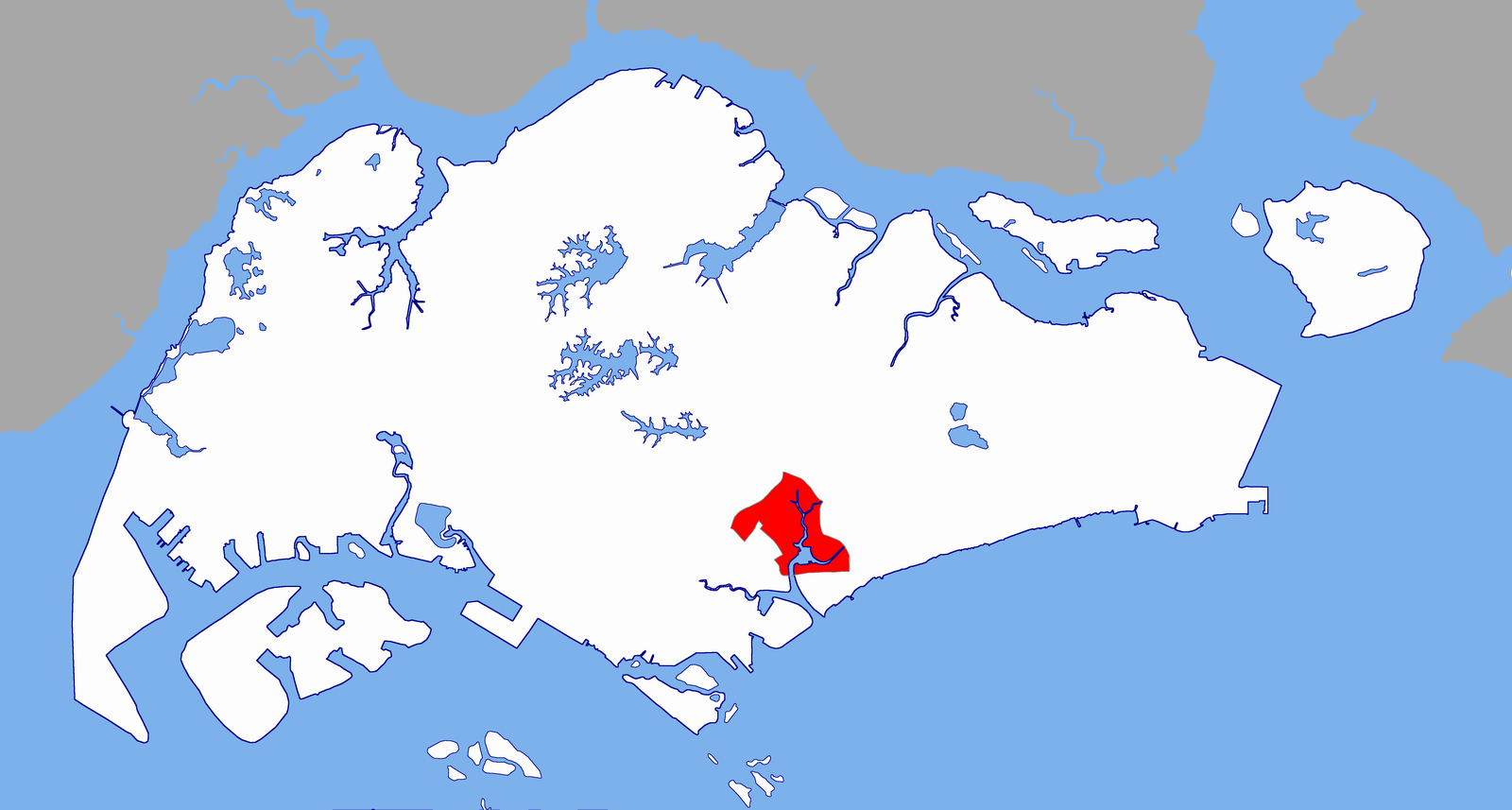 Kallang is an urban planning area and a subdivision located in the southeastern part of .It is probably most well-known for being the location of the Singapore Indoor Stadium & the old National Stadium, as well as the new Singapore Sports Hub.

"Kallang" is an old Malay reference to the "orang laut" (sea Gypsies), called "orang biduanda kallang", who lived in the vicinity of the and . At the time of Raffles' landing in Singapore in 1819, there were about 500 "orang biduanda kallang". In 1824, the moved the "orang kallang" to the River in . They consisted of about 100 families, but in 1847 most of them died of a epidemic. By 1848, the "orang kallang" were virtually extinct.

There are other possible meanings for this particular place name. "Kallang" may also be a corruption of the Malay word "kelang", meaning "mill" or factory". There were s and s here. Another explanation for the origin of "Kallang" is that it is derived from "galang", which means "to put a boat on wooden stocks or rollers", an appropriate term as the Kallang area straddles both sides of the .

Kallang is often known commonly as "Kallang Basin". The area is drained by the Kallang, Geylang, Rochor and Whampoa rivers, and . The area ranges from in the north to in the south, in the west to in the east. The , the longest river in Singapore, meanders through the area, and is a popular waterway for water sports.

Kallang is home to many light industrial estates, such as pipe makers, garment factories. Many heavy industry factories have been relocated away from the area, in order to promote residential use. Offices are often situated in Kallang for companies unwilling to pay for the high rent in the nearby Central Area, Singapore's central business district west of Kallang.

The housing estates, constructed by the (HDB) in Kallang were built in the 1970s and 1980s. Some blocks are planned to be reconstructed under the (SERS) to redevelop the area, whose demographics are dominated by the middle-aged. New blocks which are 30 stories high are now prominent in the skyline of the area, with more being planned to be built under the new HDB construction policy. A notable major redevelopment is underway in the Old Airport estate, where many of the low-rise blocks have been demolished.

The Singapore National Stadium is located at Kallang, which is the venue of many sports events, and which features the almost every year. It was officially closed on , and will be demolished to make way for the which is expected to be ready in 2011.

The Kallang Cricket Ground is another sporting venue located in the district, and has played host to several matches. In more recent times however, it is mainly used to host domestic competitions, and minor international matches, such as those between Singapore and Malaysia.

One in Kallang was the large blue tubular container that marked the location of the Kallang Gasworks. It was completed in 1862, when the piped gas supply was turned on in Singapore. It ceased production in 1997, and Senoko Gasworks took over providing gas. The place has been marked as a historic site by the . Only Gasholder No. 3, with its structural s, has been preserved.

Kallang is under the , which operates the local town council responsible for the general maintenance of the area.

As it is in proximity to the Central Area, many transportation services pass through Kallang, and public bus services are abundant, integrating it into Singapore's transport system.

Kalling is served by a Mass Rapid Transit (MRT) station at , and is within the vicinity of the .

A new MRT station at the National Stadium, named , is slated to open in 2010.

Kallang was home to Singapore's first , opened on the by Sir Shenton Thomas, the then Governor of Singapore. The airport had the advantages of combined facilities for both land and marine aircraft. Due to an increase in demand it was replaced by the in and closed during the mid 1950s. The airport control building was eventually converted into the of Singapore HQ on the 1st of July 1960 and the surrounding area has since been redeveloped.