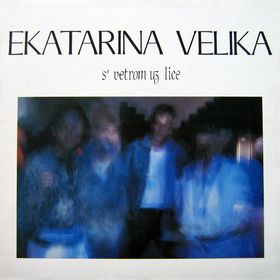 
"S' vetrom uz lice" is the third by the Serbian rock band , released in 1986. With this album reached a wider audience, and it is considered to be the commercial breakthrough for the band. The new drummer, replacing Ivan "Firchie" Fece, was Ivan "Raka" Ranković (ex. ). The album was recorded and mixed in SIM studio in and produced by Dragan Čačinović and .

(all songs and arrangements written by Ekatarina Velika, all lyrics by except where noted)