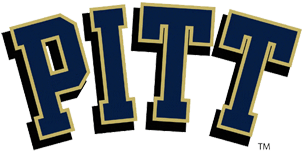 The University of Pittsburgh football team has boasted some of the most recognizable names in college football history, such as coaches , , and , who led the Panthers to numerous national championships. NFL coach Jimmy Johnson served as an assistant to .

The team first played at Recreation Park. Beginning in 1900, the Panthers played their games at Exposition Park on the North Shore of Pittsburgh, sharing the stadium with the .

In 1909 the Panthers, along with the Pirates, moved to , located on campus, where they played until 1924. In 1925, was completed on the opposite end of the campus, giving the Panthers their first and only private stadium. Pitt Stadium was home for the Panthers although the Steelers also used it for home games in the mid-1960s. Following the demolition of Pitt Stadium in 1999, the Panthers moved to , again on the North Shore, where the Pirates and Steelers had played since 1970. A handful of nationally televised Pitt Panther football games from the late 1970s to 1999 were played as home games not at Pitt Stadium but at Three Rivers with its more modern facilities.

opened in 2001, where the Panthers currently play as a co-tenet with the Pittsburgh Steelers. The Panthers' practice facility is the which is also shared with the Steelers.

*Student organizations, carrying standards, form a tunnel for the football players to run through as the enter the football field from the locker room. Originally, this long standing tradition involved only Pitt . The tradition was briefly lost following the 1999 season when Pitt's football program transitioned from playing in to in 2000 followed by in 2001. The tradition was resurrected beginning with the 2008 football season. [ [http://pittsburghpanthers.cstv.com/sports/m-footbl/spec-rel/GDC_Events.html Upcoming events: Pitt Students - Make Your Heinz Field Standard/Claim Your Grill Night (Aug 27), Pittsburghpanthers.com; accessdate 2008-08-24] ]
*The Panthers Prowl begins two hours before kickoff and allows fans to meet the team as they make their way into Heinz Field outside Gate A. Originally, this tradition began as players made their way into .

The University of Pittsburgh has long-standing rivalries with several teams. Currently, Pitt's fiercest and primary rivalry is the which is played annually against fellow member the West Virginia. The Brawl, played 100 times, is one of the oldest and most played rivalries in college football. Prior to the 2001 football season, Pitt's most heated and longest standing rival had been intrastate foe . Sometimes referred to as the , this game has been on hiatus since 2000 following a rash of disputes between the two schools. Other long-standing rivals include the Notre Dame and Syracuse. More recently, the was established when the entered the .

During the late 1990s, athletic director Steve Pederson instituted a rebranding of the student section in an attempt to bolster enthusiasm and unity by emphasizing the concept. The stadium was repainted with the student section changed to section "12" and a large inflatable jersey bearing number 12 was placed near the section. Upon the move the , the athletic department, in collaboration with their sideline apparel outfitter at the time Aéropostale, created the Aero-Zone. The Aero-Zone served as an exclusive on-field seating section for Pitt students where the first 200 students who lined up for the section before the game with student were admitted if they possessed tickets and proper identification. [Citation
last =Masny
first = Daniel
year = 2001
title = Coach Harris calls on the 12th man
newspaper =
date = 2001-08-29
url = http://media.www.pittnews.com/media/storage/paper879/news/2001/08/29/News/Coach.Harris.Calls.On.The.12th.Man-1793508.shtml | accessdate=2008-04-20] The Aero-Zone failed to catch sustained interest and was eventually disappeared.

The University bases its claim for the first 8 national championships on a study conducted in 1970 by Sports Illustrated [ [http://graphics.fansonly.com/photos/schools/pitt/sports/m-footbl/auto_pdf/06guide-pantherhistory.pdf Pitt Panthers media guide] ] . These championships, together with its unanimous championship of 1976, are the basis for the university's claim of 9 national championship seasons.