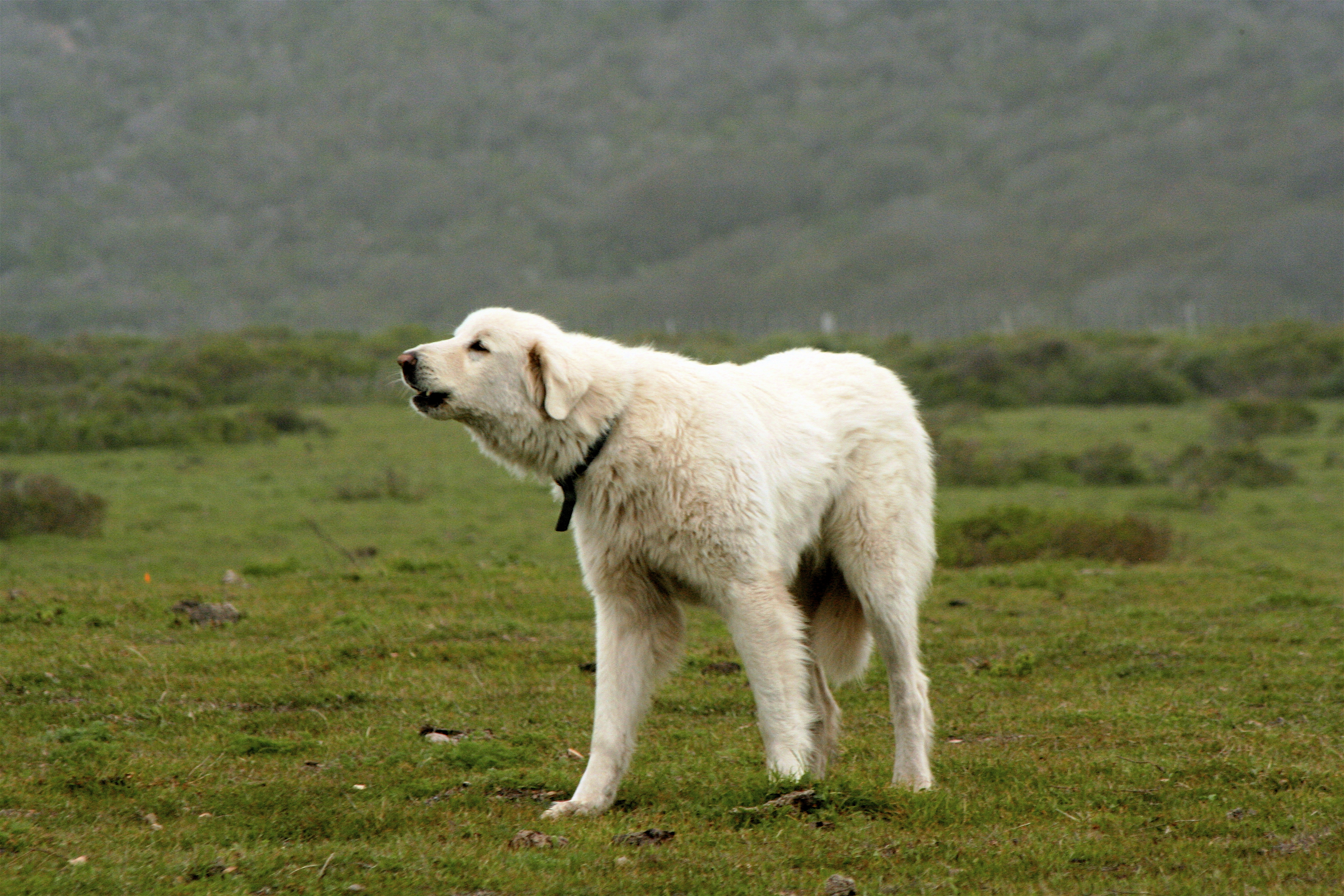 It is a large dog, weighing between 90 to 130 pounds (40 to 60 kg), averaging 90 pounds for the female and 120 lb (55 kg) for the male, but it is leaner than other Turkish guard dog breeds, and has a distinct white coat, long legs, and feathered curved tail. It possesses characteristics of both s and s. The breed is often referred to as a , but it does not herd its charges. Instead, it is designed to live with the flock and act as a guardian.

The is that the Akbash and the Kangal were originally distinct, natural and pure breeds and that they were combined to create the .

The Akbash is not shy. When used as a , it is not personable with humans, although the breed is not by nature hostile. The Akbash can be used as a , and if trained appropriately can be personable with any creature. The Akbash has been bred to be independent and dogs of this breed might think that they know better than their owners during training. The Akbash is a relatively low-energy breed. Because it is in their nature to lie with the flocks they guard most of the day, they do not possess tremendous endurance or energy. That does not mean that they can be confined to small spaces. It is still very much a working breed and is happiest when given a task to complete. These dogs are known for their intelligence, bravery, independence and loyalty.

Cases of hip dysplasia and (OCD) have occurred with this dog; however, the breed as a whole does not seem to be afflicted with these conditions nearly as often as other large breeds. Akbash dogs, like many large breeds, can be expected to live 10 to 11 years on average, with some living much longer.

The Akbash Dog is thought to be the Turkish equivalent of other white guardian breeds found in and around the northern Mediterranean Basin. The Akbash Dog has its unique combination of and qualities.This breed was developed at least 3000 years ago; their white color distinguishes them from predators. Archeological evidence suggests that the earliest civilizations arose in the parts of the world currently occupied by Syria, Iran and Turkey 10,000 years ago and began to domesticate animals and cultivate (or domesticate) plants. In short order there would have been a need for livestock protection dogs to care for the livestock. The white breeds of livestock protection dogs include the Great Pyrenees of the Pyrenees Mountain area in France and Spain, and the Maremma of the Maremma Mountains of Italy. A reasonable - but not in any way proven - hypothesis is that white (Akbash) dogs were developed in Turkey, and spread.