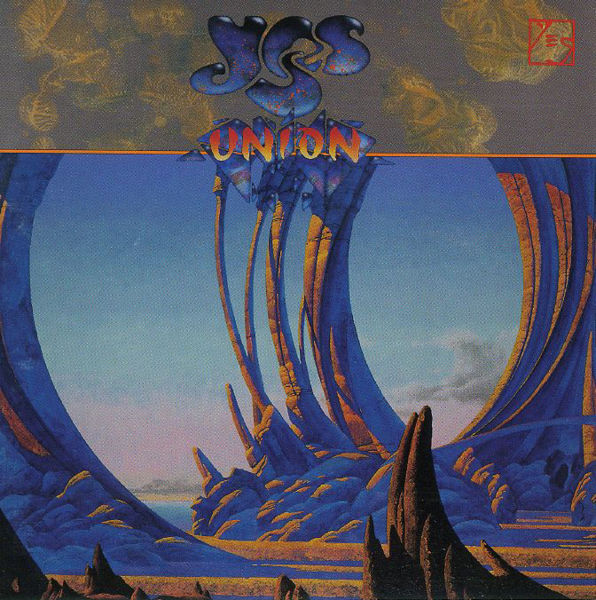 After "" in 1988, teamed up with ex-Yes men Steve Howe, and . The result was "Anderson Bruford Wakeman Howe", released in 1989 and supported by a successful tour. Because of the existence of Yes (which Anderson was still technically a part of), this alternate incarnation were forced to use their surnames as the band's name (after threatened legal action). Meanwhile, Yes began composing and recording material for their follow-up, while did the same, beginning production in the South of France in the Spring of 1990.

Bowing to record company pressure to resurrect the Yes banner, Squire and Anderson came up with idea of merging both projects, which resulted in the 1991 album "Union". In the meantime the ABWH material had been extensively reworked under the supervision of producer , which involved replacing many of Howe's guitar parts with new ones played by sessioner . Similarly, with Wakeman unavailable due to his heavy touring schedule as a solo artist, many of the keyboard parts were redone by a variety of players. [http://www.bondegezou.demon.co.uk/iv/jhinterview.htm] . Post-production also involved Chris Squire adding backing vocals to a couple of ABWH tracks, but this would remain the extent of the "reunion" of the 1971-72 line-up as bass parts on the tracks were performed by Tony Levin.

"Masquerade" was a solo piece Howe had recorded some time before, included at the last minute when the record company requested a solo guitar piece from him. "The More We Live" was the product of a new writing partnership between Chris Squire and , featuring extensive (but uncredited) vocal and instrumental contributions from the latter. "Lift Me Up", "Saving My Heart" and "Miracle of Life" were largely glorified demos : Rabin had been planning to record them properly and was taken by surprise that they were used as they were (with vocals from Anderson added). "Evensong" was a version of Bruford and session bassist 's duet from the ABWH tour. The ABWH project attempted a second, followup album that never materialized, and, from the long set of demos called "Dialogue", the only surviving piece to make it onto "Union" was "Take The Water To The Mountain". Both the main riff of "I Would Have Waited Forever" and the 9/4 riff in "Silent Talking" can be heard on Steve Howe's solo album "Turbulence", released about the same time.

Although the supporting world tour was a commercial and critical success, praised by fans and band as one of Yes' best ever, the album was not as well-received, resulting in sales figures strictly equal to those of the ABWH album (half a million copies worldwide). "Union" would turn out to be Yes' last studio album to have significant sales, though it didn't match the popularity of 1987's "".

Before the final "Union" album was released, a preview of a sort was released by the record company to generate interest. It contains significantly different mixes of most of the ABWH group's material. This release is important because it captures these songs in a state before the producer used session musicians to reshape the songs. These early mixes are closer to the original ideas of the ABWH group (the intricate work of the rhythm section of Levin and Bruford is more noticeable on these rough mixes, where their playing is not as buried in overdubs as the final mixes on the album).

Besides "The More We Live", two other pieces by Squire/Sherwood were demos presented for this album but not used, "Say Goodbye" and "Love Conquers All". The former appeared in a re-recorded version on the second World Trade album, and the latter was on "". Both original demos are on the first Conspiracy album by Squire/Sherwood.

Wakeman, Bruford, and Howe would depart the sprawling line-up in 1992, returning Yes to its 1983-1988 line-up. It would be the final Yes album with , and would be the last album with Steve Howe and until their return in 1996.