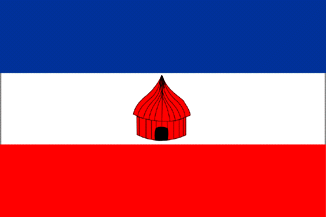 Southern Nations, Nationalities, and People's Region (often abbreviated as SNNPR) is one of the nine ethnic divisions ("kililoch") of . It comprises the former Regions 7-11. Its capital is .

These estimates are based on the 1994 census, in which the region's total population was reported to be 10,377,028 of which 5,161,787 were males and 5,215,241 were females. At the time of the census, the rural population of the Region accounted for 93.2% of the total population. Semien Omo, Sidama, and Gurage were the three zones with the highest population. The population is concentrated mostly in eastern, northern and central part of the SNNPR while the western and southern part of the Region is sparsely populated.

The SNNPR Water Resources Bureau announced that as of the fiscal year ending in 2006, they had increased the area of the Region that had access to to 54% from 10-15% 15 years ago. 60 million Birr has been allocated for the next fiscal year to bring coverage to an additional 34 and 21 towns, increasing coverage to 59% of the population. [ [http://www.waltainfo.com/EnNews/2006/Nov/28Nov06/21102.htm Potable water expansion works underway with over 60mln birr in SNNP State] (last accessed 30 November 2006)]

The SNNPR, being an amalgam of the main homelands of numerous , contains over 45 indigenous . The 1994 census reported that the predominantly spoken languages include Sidamigna (18%), Guragigna (14.72%), Welayta (11.53%), Hadiyigna (8.53%), Keffigna (5.22%), and Kembatigna (4.35%). Other languages spoken in the State include Gamoigna, Mello, Goffa, and Gedeo; because of the relatively few number of speakers of most of the languages in the region, the working language of the state is (the most widely spoken language in Ethiopia and formerly the only official language). [ [http://www.ethiopar.net/type/English/basinfo/infosnnp.htm FDRE States: Basic Information: The State of Southern Nations, Nationalities and Peoples'] (last accessed 10 May 2006)]

The ethnicities in the SNNPR include:

Note: This list is based on information from the latest population estimates of the CSA; however, the list of second administrative level bodies maintained by the divides some of these Zones and recognizes some of the woredas as not belonging to any Zone -- what is known as a "special woreda". [ [http://www3.who.int/whosis/gis/salb/salb_coding.htm Names and codes for January 2000, Ethiopia] (WHO website). The information in the WHO spreadsheet is built on information received 18 September 2002 from the .]