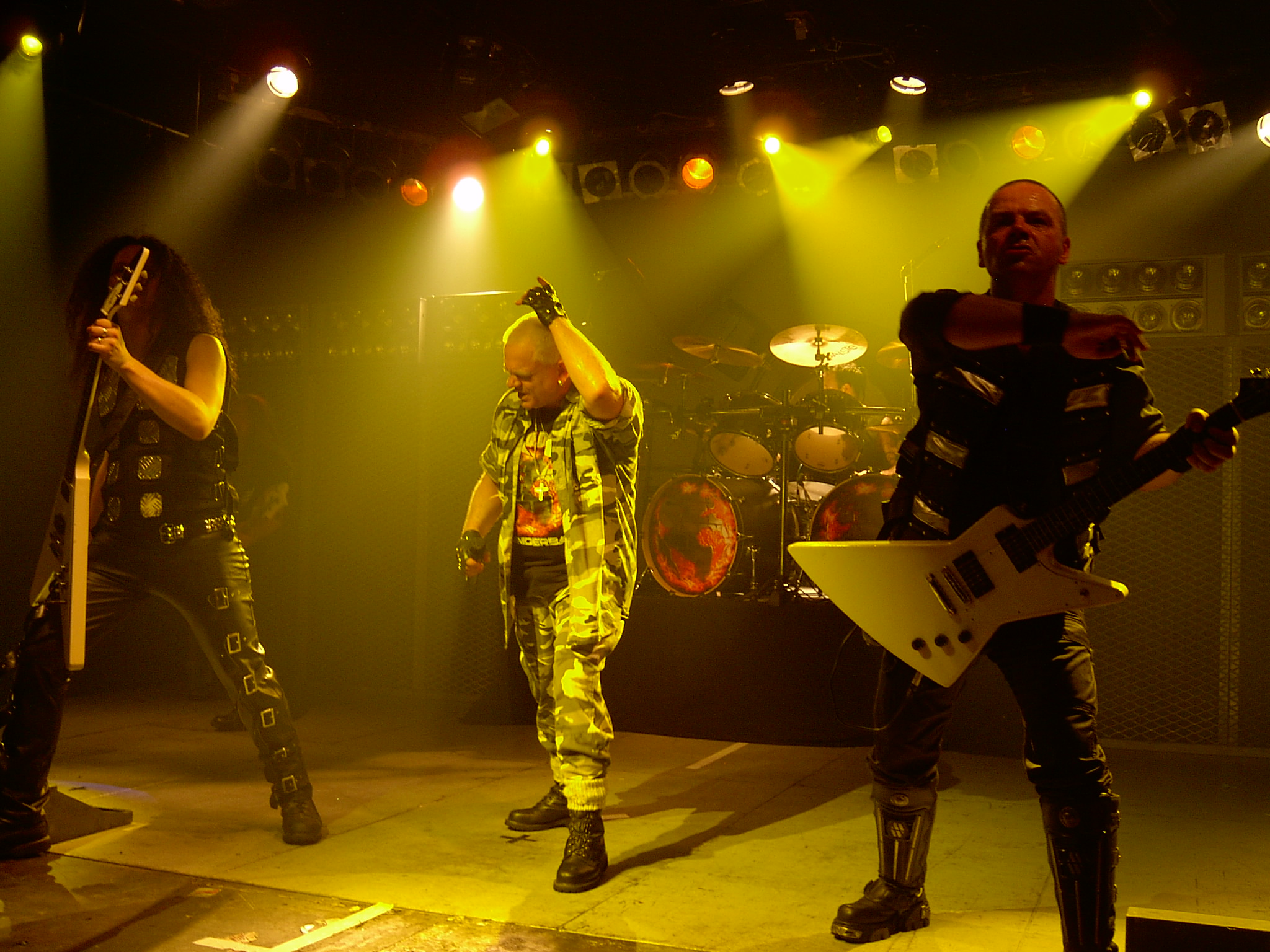 Udo Dirkschneider (born , , ) is a German singer who was formerly the vocalist in German heavy metal band .

After the demise of Accept in 1987, Dirkschneider formed the band . He consequently paused and restarted his band after reverting to on occasion.

In 1999 recorded a version of 's hit song , With both Udo, and making a guest appearance. Udo Help Back-up sing Will Kai and sang lead. Udo also appeared as a guest singer for on a version of s Head Over Heels.

Recently, Dirkschneider made a guest appearance on ( winners) 's 2006 album, . claims both "Don't Look Back" and "Blitz of Lightning" by U.D.O. as songs that changed his life in a magazine article. He also makes a guest appearance in the music video for the song "Shtil' (Штиль)" by Russian heavy metal band Aria [http://www.youtube.com/watch?v=h40gLEe7J-0&mode=related&search=shtil] .

Dirkschneider recorded lead vocals with NWOBHM-band Raven on their cover of on a 1983 single release. The song also appeared as B-side on "Break the Chain" from their album . UDO is also famous for his duet rock ballad with "Dancing with an angel".

The character Dark Schneider in the Japanese manga and anime series "" is named after Dirkschneider.

Udo is well known for his unique voice, short stature, clad image and short blonde hair. On Wacken 2008 he performed live with the song "They Only Come Out At Night".

In the year 1999 recorded the song . was performed the rock ballad with "Dancing with an Angel", with the version of s Head Over Heels. He sing on Wacken 2008 live with the song "They Only Come Out At Night" and was guest singer by the songs "Don't Look Back" and "Blitz of Lightning". He was Guest by Aria song Shtil. He sing the lead vocals by the Raven cover of on a 1983.