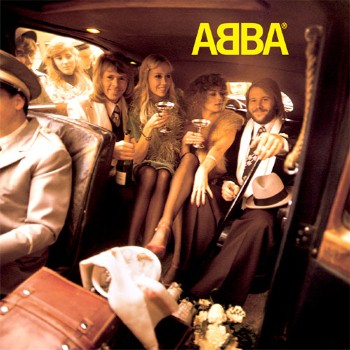 
"ABBA" was the third album by the Swedish pop group of the same name, first released in 1975 (see ). Also known as "The Limo [usine] Album" among the fans.

Following the Eurovision success of "Waterloo", "ABBA" saw the band gaining worldwide recognition. "" topped the charts in , as did "Mamma Mia" shortly thereafter. The latter also did well in Europe, while "SOS" became a hit in both the U.S. and UK. "ABBA" was first released on CD in West Germany in 1987 (later released internationally), with five bonus tracks of songs from "Waterloo" and "Ring Ring", which had not been released on CD at that time. "ABBA" was released on CD in Sweden in 1988 featuring the original 11 tracks only. The album has been reissued in digitally remastered form three times; first in 1997, then in 2001 and again in 2005 as part of "The Complete Studio Recordings" .

"ABBA" was first released on CD in 1987 with five additional tracks from the albums "Waterloo" and "Ring Ring":

"ABBA" was remastered and reissued in 1997 two further bonus tracks:

"ABBA" was remastered and reissued again in 2001 with two bonus tracks, but without the five tracks from " Waterloo" and "Ring Ring":

"ABBA" was remastered and reissued again in 2005 as part of "The Complete Studio Recordings" box set with following bonus tracks: