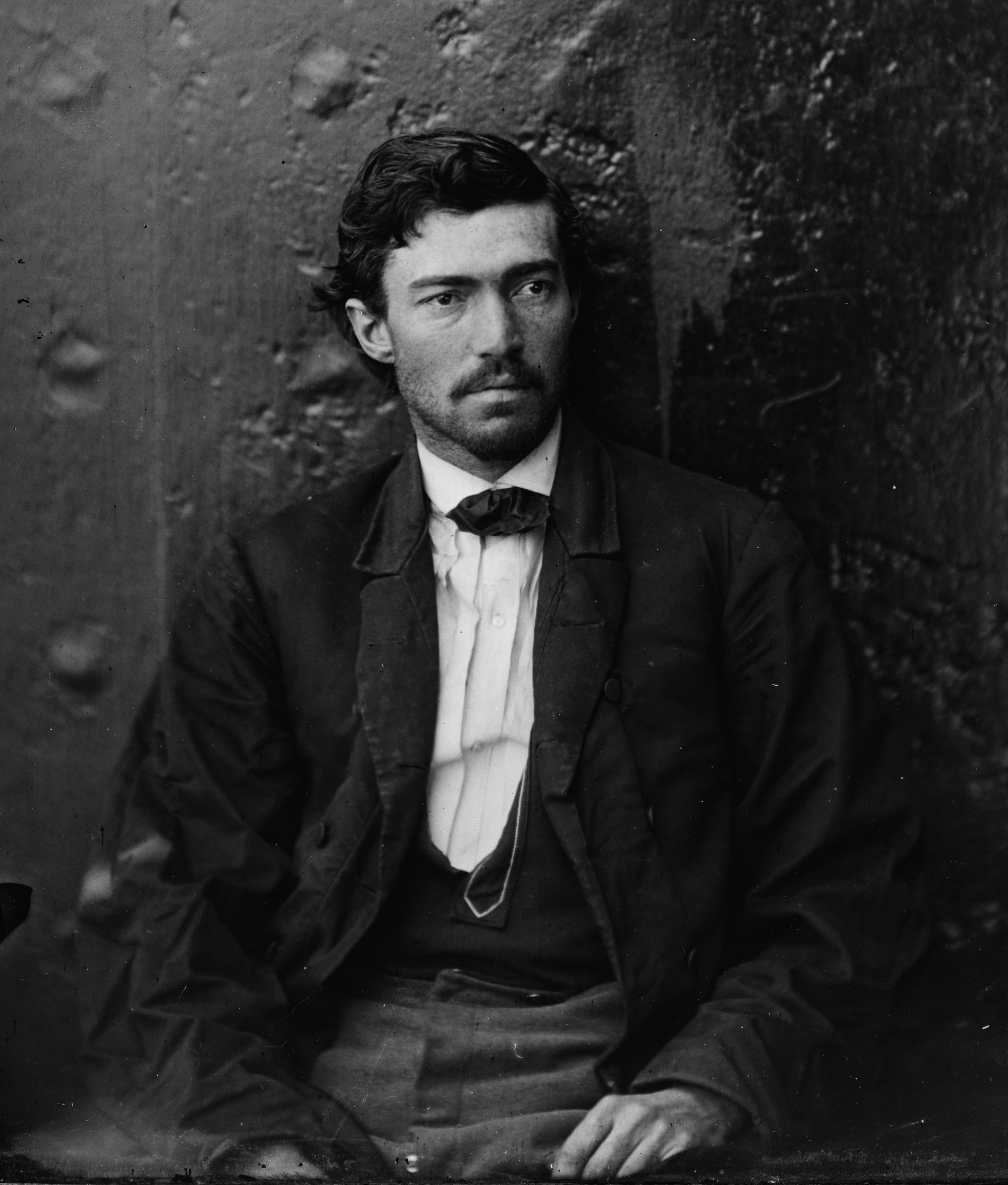 Samuel Bland Arnold (, &ndash; , ) was involved in the group to kidnap in 1865. He and the other conspirators, , , Lewis Powell, and , were to kidnap Lincoln and hold him for ransom in the exchange for the Confederate prisoners that were in . This was attempted two times and failed due to Lincoln not being where they thought he would be. He and O'Laughlen dropped out of the conspiracy when the prisoner exchange program started. On , Booth murdered Lincoln and was on the run with Herold. Arnold was placed under arrest on suspicion. He was actually relieved when he was arrested. During the trial one the chief witness was one of 's ('s mother) boarders. He was sentenced to life in prison at along with , and . In 1869 he was pardoned by . Arnold, Mudd and Spangler were released. (O'Laughlen died in prison in 1867.) When Samuel Arnold returned home he lived quietly out of the public eye for more than thirty years. In 1898 he returned to Fort Jefferson and took photographs of his old prison. Unfortunately, these photographs have not survived. In 1902, Arnold wrote a series of newspaper articles for the "Baltimore American" describing his imprisonment at Fort Jefferson. Arnold died four years later on , . He is buried at in . He was the second to last conspirator to have died (John Surratt being the last).