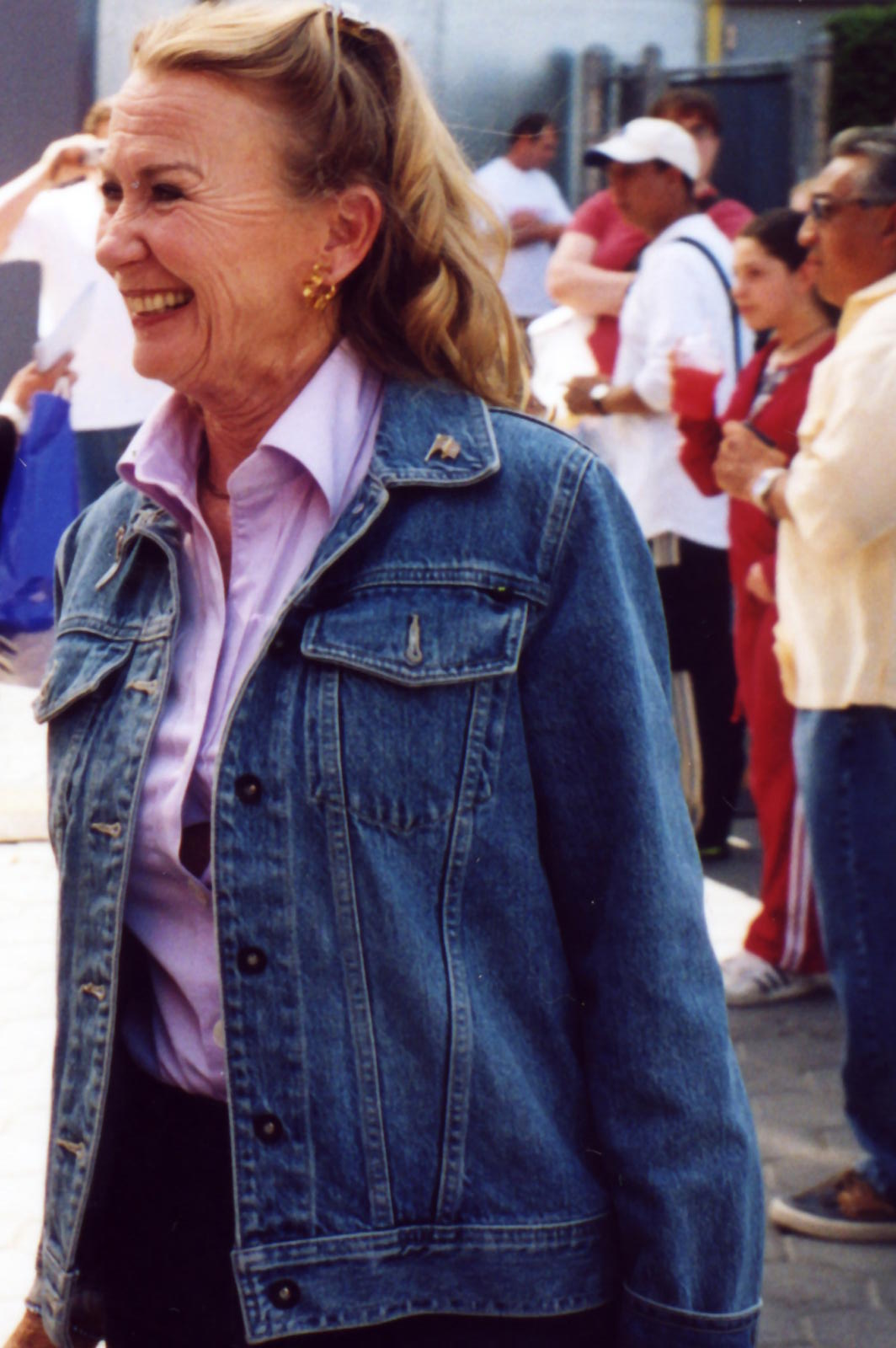 Juliet Maryon Mills, (born ) is an English , born to the famous theater family of actor Sir and playwright . Mills is best known for her role as a friendly nanny with magical powers in the 1970s American television series "", and acting in the film "" with . From 1999 to 2007, she played a darker magical character in the American daytime drama "".

Mills was born in during , though her parents, actor Sir ("Great Expectations", "Swiss Family Robinson"), and playwright (""), soon moved the family to the country to be away from the bombs. Mills is the older sister of actress and of director Jonathan Mills. Because of her parents' fame, Mills grew up surrounded by famous actors such as , , and . Her godmother was "Gone with the Wind" actress , and her godfather was playwright .

She attended the Elmhurst Ballet School, in .

Initially Mills did not have interest in becoming an actress, and instead considered becoming a nun. As a baby and small child she had appeared as an extra in various films, such as Freda's 11-week-old baby, in the 1941 film "" where her father was starring.

However, when her younger sister Hayley found success as a actress in films such as "Pollyanna" and "The Parent Trap", Mills decided to try her hand at the family business of acting. Her first major role was at the age of 16, in a play called "", as the character Pamela Harrington. The show, written by famous playwright , played one year in London, and then moved to the on Broadway. Despite her youth, Mills was nominated for a in 1960 as "Best Featured Actress". [ibdb title|id=2801|title=Five Finger Exercise] She also acted in films, such as the Western "" with . Mills stated that the highlight of her film career was the 1972 film "", directed by , and in which she starred with . She was nominated in 1973 for a for the role.

Her best known role began in 1970, when she starred in the American television series "". She played a friendly character, Phoebe Figalilly, who had magical powers, in a series that was called an American variation of "". [cite news|title=Mills is bewitching &ndash; Emmy-winning actress charms fans of NBC's soap 'Passions'|date=2005-08-21|author=Crook, John|work=] Mills has stated that she herself believes in magic, and witches and fairies. "There's a lot more, you know, in the and around us ... We have guides, and we have angels taking care of us ... I believe in , in a big way."

In 1974, she won an for "Outstanding Single Performance by a Supporting Actress in a Comedy or Drama Special" for the adaptation of "".

In 1980, she returned to the stage, starring in "" with . The two actors hit it off, and despite their 18-year age difference, the younger Caulfield asked Mills to marry him, and became her third husband. Mills said of the age difference, "Everybody is always interested in the fact that I am married to someone who is a lot younger than I am ... There are no rules, and that's what I believe, because age doesn't really matter. If you meet someone that you're really close to, someone that you love, stick with that."

After marrying Caulfield, Mills quit acting herself, and spent her time supporting her husband's career for a time.

In 1999, Mills landed a role in the daytime drama "", where she originated and plays the character , a who wishes harm on many people due to being burned at the stake in the 1600s. The character is similar to her 1970s role as the magical character Phoebe, only in the case of being magical. The Phoebe character was portrayed as a friendly and helpful character, whereas Tabitha is a darker character, though she was officially declared a "good witch" in a June 2007 episode, shortly before the series ended in August. [ [http://www.soapoperafan.com/passions/2007summaries/june1.html SoapOperaFan.com Episode Summary] ] Mills was nominated for her first for "Outstanding Lead Actress" for the role.

As of 2005, Mills remains happily married to Maxwell Caulfield, and they live in southern California.