The Jungang Line is a railway line connecting to in . Major stations along the line include:

"Jungang" means "central" in Korean, and describes the line's route through the mountains in the east-central part of South Korea.

In 2005, parts of the (from Yongsan to ) and the Jungang Line (from Hoegi to Deokso) was opened for service under the interim name Yongsan-Deokso Line. In late 2007, became the new eastern terminus with the addition of two more stations, and was officially named the Jungang Line, although the commuter railway actually incorporates parts of "both" Gyeongwon and Jungang Lines.

The commuter railway will eventually be extended to in the county of . 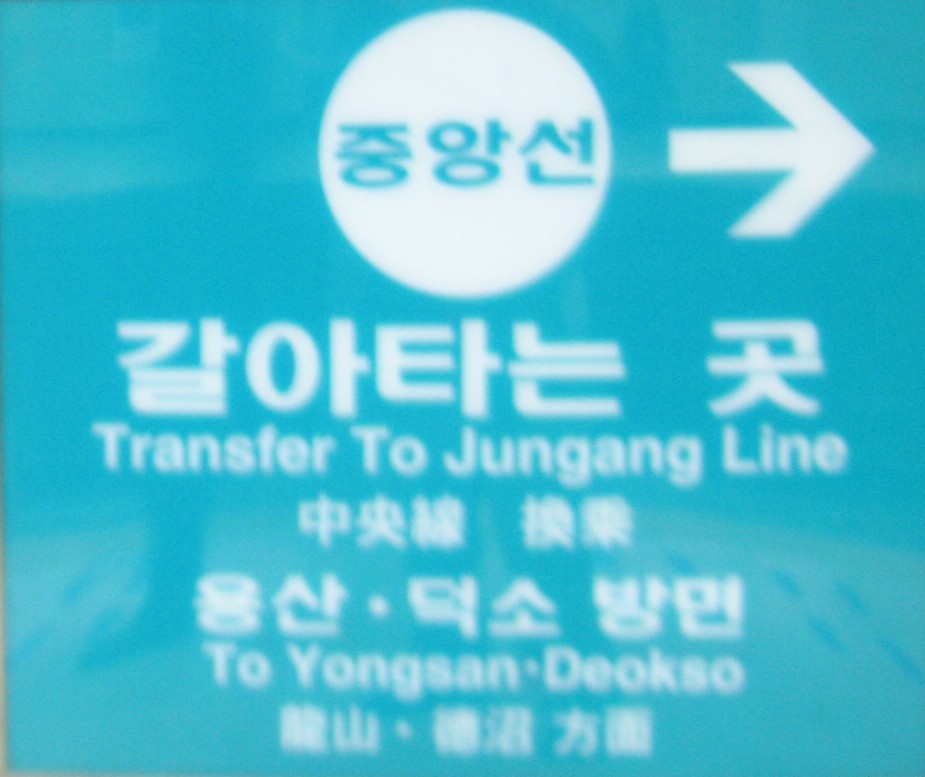