The Maid Freed from the Gallows

The Maid Freed from the Gallows

"The Maid Freed from the Gallows" is one of many titles of a centuries-old folk song about a condemned maiden pleading for someone to buy her freedom from the executioner. In the collection of ballads compiled by Francis James Child, it is indexed as Child Ballad number 95; eleven variants, some fragmentary, are indexed as 95A to 95K.[1] The ballad existed in a number of folkloric variants from many different countries, and has been remade in a variety of formats. It was recorded in 1939 as "The Gallis Pole" by folk singer Huddie "Leadbelly" Ledbetter, but the most famous version was the 1970 arrangement of the Fred Gerlach version by English rock band Led Zeppelin, which was entitled "Gallows Pole" on the album Led Zeppelin III.

Although it exists in many forms, all versions recount a similar story. A maid (a young woman) about to be hanged (for unknown reasons) pleads with the hangman, or judge, to wait for the arrival of someone who may bribe him. The first person (or people) to arrive, who may include the father, mother, brother, and sister, have brought nothing and often have come to see her hanged. The last person to arrive, often her true love, has brought the gold to save her.[1] Although the traditional versions do not resolve the fate of the condemned one way or the other, it may be presumed that the bribe would succeed. She may curse all those who failed her.

The typical refrain would be:

It has been suggested that the reference to "gold" may not mean actual gold for a bribe, but may instead stand for the symbolic restoration of the maid's honor, perhaps by proof of her innocence or fidelity.[2][3] Such an interpretation would explain why a number of variations of the song have the maid (or a male condemned) asking whether their visitors had brought them gold or paid their fee. In at least one version, the reply comes that "I haven't brought you gold/ But I have paid your fee."[4]

The song is also known as "The Prickly Bush", a title derived from the oft-used refrain lamenting the maid's situation by likening it to being caught in briery bush, wherein the brier prickles her heart. In versions carrying this theme, the typical refrain may add:

In some versions, the protagonist is male. This appears to be more prevalent in the United States, where hanging of women was uncommon.[3] The crime for which the protagonist faces hanging is occasionally mentioned. The woman may be being held for ransom by pirates; or, she has stolen something from her employer. Other instances tell of her having lost a treasured golden ball,[5][6] or indicate that she is being hanged for fornication.

The most extensive version is not a song at all, but a fairy story titled "The Golden Ball", collected by Joseph Jacobs in More English Fairy Tales. It encompasses the theme of the song. The story focuses more on the exploits of the fiancé who must recover a golden ball in order to save his love from the noose; the incident resembles The Story of the Youth Who Went Forth to Learn What Fear Was.[7] Other fairy tales in the English language, telling the story more fully, always retell some variant on the heroine being hanged for losing an object of gold.[8]

In the Bob Dylan song "Seven Curses", the maiden is not the one to be hanged but her father, for stealing a stallion. The woman offers to buy her father's freedom from the judge, who responds: "gold will never free your father/ the price my dear is you instead". The maiden pays the judge's terrible price but wakes the next morning to find that her father has been hanged regardless.

The song likely originated in a language other than English. Some fifty versions have been reported in Finland,[9] where it is well known as Lunastettava neito. It is titled Den Bortsålda in Sweden, and Die Losgekaufte in German. A Lithuanian version has the maid asking relatives to ransom her with their best animals or belongings (sword, house, crown, ring etc.). The maiden curses her relatives who refuse to give up their property, and blesses her fiancé, who does ransom her.[10]

In a Hungarian version called "Feher Anna," collected by Béla Bartók in his study The Hungarian Folk Song, Anna's brother Lazlo is imprisoned for stealing horses. Anna sleeps with Judge Horvat to free him, but is unsuccessful in sparing his life. She regales the judge with 13 curses.

Francis James Child found the English version "defective and distorted", in that, in most cases, the narrative rationale had been lost and only the ransoming sequence remained. Numerous European variants explain the reason for the ransom: the heroine has been captured by pirates.[11] Of the texts he prints, one (95F) had "degenerated" into a children's game, while others had survived as part of a Northern English cante-fable, The Golden Ball (or Key).[11] Child describes additional examples from the Faroe Islands, Iceland, Russia, and Slovenia. Several of these feature a man being ransomed by a woman.[11]

The theme of delaying one's execution while awaiting rescue by relatives appears with a similar structure in the classic fairy tale "Bluebeard" by Charles Perrault in 1697[12] (translated into English in 1729).

"Gallows Pole" and the era of recorded music

"In the Shadow of the Gallows Pole", a Lead Belly album featuring the song as "The Gallis Pole".

Legendary folksinger Huddie "Lead Belly" Ledbetter, who also popularized such songs as "Cotton Fields" and "Midnight Special" first recorded "The Gallis Pole" in the 1930s, and set the stage for the song's popularity today.[citation needed] Lead Belly's rendition, available through Folkways music and recently re-released by the Library of Congress, differs from more familiar recordings in several notable ways.[citation needed] The Lead Belly version is performed on acoustic twelve string guitar, and following an introductory phrase reminiscent of the vocal melody, Lead Belly launches into a furious fingerpicking pattern.[citation needed] His haunting, shrill tenor delivers the lyrical counterpoint, and his story is punctuated with spoken-word, as he "interrupts his song to discourse on its theme".[13]

Judy Collins performed the song "Anathea" throughout 1963 (including a rendition at the 1963 Newport Folk Festival), credited to Neil Roth and Lydia Wood. It is thematically similar to the Hungarian "Feher Anna" cited above, even to the detail of the name of the brother (Lazlo). It appeared on her third album, released in early 1964. Dayle Stanley's folk album "A Child Of Hollow Times," from roughly this era, included an uncredited version of this song ("of Greek origin"), under the name "Ana Thea." Bob Dylan recorded a thematically similar "Seven Curses" in 1963 during the sessions for his Freewheelin' album. The song tells a similar story, but from the point of view of the condemned's daughter. Dylan's song has been recorded by many artists. The definitive folk version of the song is probably that by Nic Jones recorded as 'Prickly Bush' which he performed live and is featured on the 'Unearthed' album. The song has also been played by Spiers & Boden.

This plotline is followed in perhaps the most familiar version today. English band Led Zeppelin recorded the song for their album Led Zeppelin III in 1970. The album is a shift in style for the band towards acoustic material, influenced by a holiday Jimmy Page and Robert Plant took to the Bron-Yr-Aur cottage in the Welsh countryside.[14] Led Zeppelin guitarist Jimmy Page adapted the song from a version by Fred Gerlach.[14] On the album the track was credited "Traditional: Arranged by Page and Plant".

"Gallows Pole" begins as a simple acoustic guitar rhythm; mandolin is added in, then electric bass guitar shortly afterwards, and then banjo and drums simultaneously join in. The instrumentation builds up to a crescendo, increasing in tempo as the song progresses. The acoustic guitar chord progression (in standard tuning) is simple with a riff based on variations of the open A chord and the chords D and G occurring in the verse. Page played banjo, six and 12 string acoustic guitar and electric guitar (a Gibson Les Paul), while John Paul Jones played mandolin and bass.[14]

Page has stated that, similar to the song "Battle of Evermore" which was included on their fourth album, the song emerged spontaneously when he started experimenting with Jones' mandolin, an instrument he had never before played. "I just picked it up and started moving my fingers around until the chords sounded right, which is the same way I work on compositions when the guitar's in different tunings."[15]

Led Zeppelin would perform the song a few times live during Led Zeppelin concerts in 1971.[14] Singer Plant would sometimes also include lyrics in live performances of the Led Zeppelin song "Trampled Under Foot" in 1975.

The Led Zeppelin version of the song is unique in that, despite the bribes, which the hangman accepts, he still carries out the execution.

As in the Dylan "Seven Curses" and many other renditions, the Led Zeppelin version is based on a variant in which the convict is male. This is evident when the convict's brother addresses the convict as "brother" rather than "sister" in the line, "Brother, I brought you some silver, yeah." 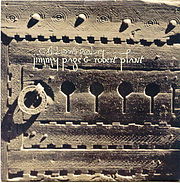 Led Zeppelin members Page and Plant later recorded a version of this song for their 1994 release No Quarter: Jimmy Page and Robert Plant Unledded. They also released this track as a single. The song was performed regularly on the subsequent tour and featured a hurdy gurdy.

A few lines of the song are sung by a woman strumming a guitar in a 1949 John Wayne movie, The Fighting Kentuckian. The song is chronologically appropriate to the film, which is set in 1818.

American folk singer John Jacob Niles recorded a version under the title "The Hangman"; the song was featured in the Harmony Korine film Mister Lonely.

Jasper Carrott performed a comedy version in which the narrator is hanged before he can finish the first verse.

German folk metal band In Extremo has a version of this song called "Der Galgen".

In addition to "The Maid Freed from the Gallows", "The Prickly Bush" and the more recent "Gallows Pole", variations of the song have been recorded or reported under more than a dozen names.[16] These include:

The Child ballad "Geordie" also features a rescue from the gallows by a payment.