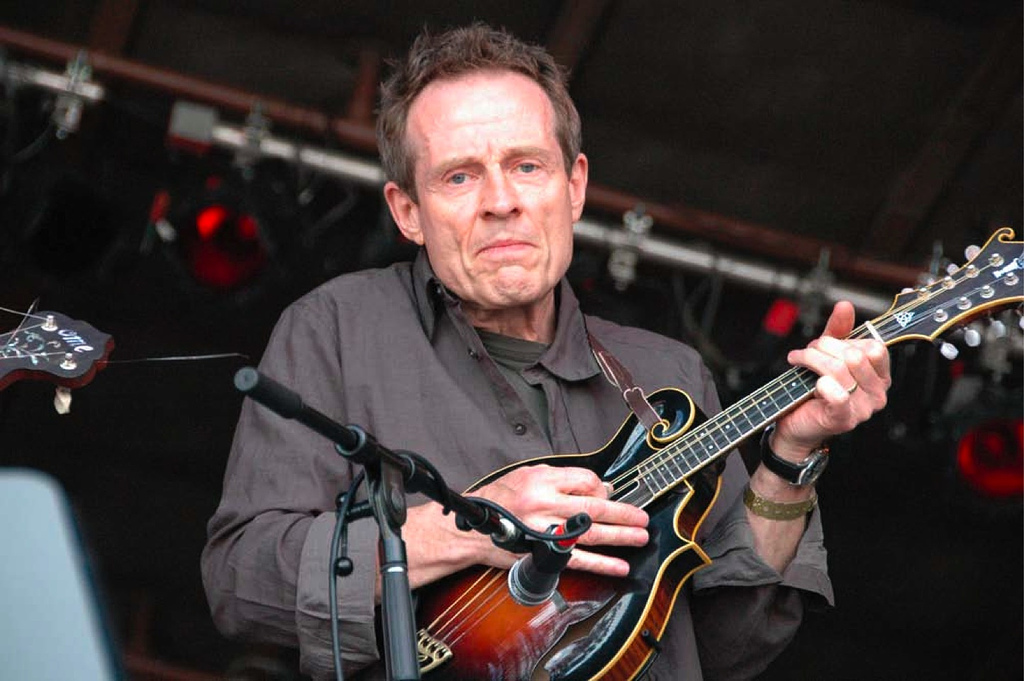 Best known as the ist, and, less often, player for , Jones has since developed a successful solo career, and is widely respected as both a musician and a producer. A versatile musician, Jones also plays , koto, s, , , , , , continuum and the three over-dubbed parts heard on Led Zeppelin's "".

Jones was born in , (now part of ). The "John Paul Jones" was suggested to him by a friend, , who'd seen a poster for the film of that name in .

Jones started playing at the age of six, learning his keyboard skills from his father, Joe Baldwin, a pianist and arranger for s in the 1940s and 1950s, notably with the Ambrose Orchestra. His mother was also in the music business which allowed the family to often perform together touring around . His influences ranged from the blues of , the jazz of , to the classical piano of .

Because his parents often toured, Jones was sent to boarding school at a young age.

Jones joined his first band, The Deltas, at 15. He then played bass for jazz-rock group, , a collective that included guitarist John McLaughlin. [ [http://www.westword.com/1999-10-21/music/getting-out-of-the-led/ Denver - Music - Getting Out of the Led ] ] Jones' big break came in 1962 when he was hired by and of the successful British group for a two-year stint. Shortly before hiring Jones, Jet and Tony had just had a Number 1 hit with "Diamonds" (a track on which Jones' bandmate-to-be had played.)

Before these recordings, Cliff Richard and the Shadows came close to nearly preventing the future formation of Led Zeppelin, when they had talks about Jones replacing their ex-bassist Brian "Licorice" Locking. Instead they chose John Rostill.

Jones has stated that he was completing two and three sessions a day, six and seven days a week.

During his time as a session player, Jones often crossed paths with guitarist , a fellow session veteran. In June 1966, Page joined , and in 1967 Jones contributed to their "" album. The following winter, during the sessions for 's "", Jones expressed to Page an interest in being a part of any projects the guitarist might be planning. Later that year, The Yardbirds disbanded, leaving Page and bassist to complete some previously booked Yardbirds dates in . Before a new band could be assembled, Dreja left to take up photography. Jones, at the suggestion of his wife,

Vocalist and drummer joined the two to form a quartet. Initially dubbed the "New Yardbirds" for the Scandinavian dates, the band would soon be known as .

Jones' decision to leave session work and join a group was due to his desire to express his artistic creativity. Despite the spotlight invariably being placed on the more flamboyant members of Led Zeppelin, many cite Jones' temperament, musicianship and experience as crucial elements adding to the success of the band. He was responsible for the classic bass lines of the group, notably those in "" (""), and power crunch and shifting s, such as those in "Black Dog" (""). As Led Zeppelin's -mate with drummer , Jones shared an appreciation for and soul rhythmic grooves which strengthened and enhanced their musical affinity. In an interview he gave to "Global Bass" magazine, Jones remarked on this common musical interest:

After "retiring" his in 1975, Jones switched to using custom-designed Alembics [http://alembic.com/club/messages/411/3779.jpg] while out on the road, but still preferred to use the Jazz in the studio.

Jones' keyboarding skills added an eclectic dimension that realised Led Zeppelin as more than just a heavy metal band. Keyboard highlights include the delicate "" ("") played on a ; the funky, danceable "", played on a (""); and the eastern scales of "Kashmir" (also on "Physical Graffiti"). In live performances, Jones' keyboard showpiece was "No Quarter", often lasting for up to half-an-hour and sometimes including snatches of "", 's "", which had inspired ' "", and variations of classical pieces by composers such as Rachmaninoff.

Jones' diverse contributions to the group extended to the use of other instruments, including an unusual triple-necked acoustic instrument consisting of a six and a twelve string guitar, and a mandolin. Jones often used to supplement the band's sound while he was playing keyboards and mandolin.

While all members of Led Zeppelin had a reputation for off-stage excess (a label Robert Plant later claimed was somewhat exaggerated), Jones was seen as the quietest and lowest profile member of the group. [Dave Lewis (2004) The Complete Guide to the Music of Led Zeppelin, London: Omnibus Press, ISBN 0-7119-3528-9, p. 77]

In an interview, Jones explained that fame with Led Zeppelin was not a big thing for him:

However, following several exhausting tours and extended periods of time away from his family, by late 1973 Jones was beginning to show signs of disillusionment with life as a member of one of the biggest bands in the world. He seriously considered quitting Led Zeppelin to become choirmaster at , but was talked into returning by the band's manager, Peter Grant. [ [http://www.led-zeppelin.org/reference/index.php?m=assorted3 Led Zeppelin :: Achilles Last Stand ] ] Jones later explained his reservations in a magazine interview:

It is rumoured that the Led Zeppelin song "", from their album "" is about an experience Jones once had on tour in the United States. [ [http://www.westword.com/1999-10-21/music/getting-out-of-the-led/ Denver - Music - Getting Out of the Led ] ] The song is about a person who mistakenly takes a up to his hotel room, who then falls asleep with a joint of marijuana in hand, lighting the room on fire. "Royal Orleans" was the name of a hotel where the members of Led Zeppelin would stay when they visited , because not as many people asked for autographs there. In an interview he gave to "" in 2007, Jones clarified the reliability of this rumour, stating:

Jones' involvement with Led Zeppelin did not put a halt to his session work. In 1969 he returned to the studio to play bass guitar on 's "A Way of Life" album, in 1970, keyboards for guitarist Peter Green on his solo album "". Jones was 's first choice to produce and arrange her 1974 album "". He has also played keyboards on many albums, and contributed to Wings , "".

Since Led Zeppelin dissolved in 1980 with the death of Bonham, Jones has collaborated with a number of artists, including , Heart, , , Cinderella, The Mission, , , [http://www.flickr.com/photos/theeighteenthdayofmay/243043761/ Karl Sabino] , the and .

He appeared on several sessions and videos for and was involved in the soundtrack of the film "". In 1985, Jones was asked by director to provide the soundtrack for the film, "Scream for Help", with appearing on two tracks. Jones provides vocals for two of the songs. He recorded and toured with singer on her 1994 album, "The Sporting Life" (co-credited to John Paul Jones). Jones set up his own recording studio called Sunday School, as well being involved in his daughter's (Jacinda Jones) singing career.

In 2004, he toured as part of the group Mutual Admiration Society, along with Glen Phillips (the front man for the band ) and the members of the band .

Jones plays on two tracks on ' album "" : mandolin on "Another Round" and piano on "Miracle", both of which are on the acoustic disc. The band's frontman (a big Led Zeppelin fan) has described Jones' guest appearance as the "second greatest thing to happen to me in my life".

He has also branched out into album production, having produced such albums as album Children, ' second album "" (2004) and 's upcoming album.

Recently he accompanied and Ruby Wright in performing the song "" at a tribute for founder, , in London, which he did on mandolin. [ [http://www.brain-damage.co.uk/latest/roger-waters-and-pink-floyd-at-syd-tribute-full-details.html Pink Floyd news :: Brain Damage - Roger Waters and Pink Floyd at Syd tribute - full details ] ]

He played at 2007 in a collaboration with and Roots drummer as part of the festival's all-star Super-Jam, an annual tradition in the festival that brings together several famous, world-class musicians together to jam on stage together for a few hours.He came out and played mandolin with Gillian Welch at Bonnaroo during the song "Look at Miss Ohio" and a cover of the Johnny Cash song "Jackson." He also appeared during the set of where they played a cover of "Dazed and Confused". Jones then closed Gov't Mule's first set, playing part of "Moby Dick" and then "Livin Lovin Maid" on bass, then proceeded to play keyboards on the songs "Since I've Been Loving You" and "No Quarter". Jones also performed on mandolin with all female blue-grass group Uncle Earl, whose album he had produced.

Jones played in the Led Zeppelin reunion show at London's O2 Arena on , as part of a tribute to .

On Feb. 10, 2008, John Paul Jones appeared with the Foo Fighters on the conducting the orchestral part to the song "The Pretender".

On 7th June 2008, John Paul Jones and Jimmy Page appeared with the Foo Fighters to close out their Wembley gig.

John Paul Jones' first solo recording was a single for Pye Records in April 1964 which featured "Baja". The B-side was "A Foggy Day in Vietnam".