You Only Live Once (song)

You Only Live Once (song)

Single infobox
Name = You Only Live Once 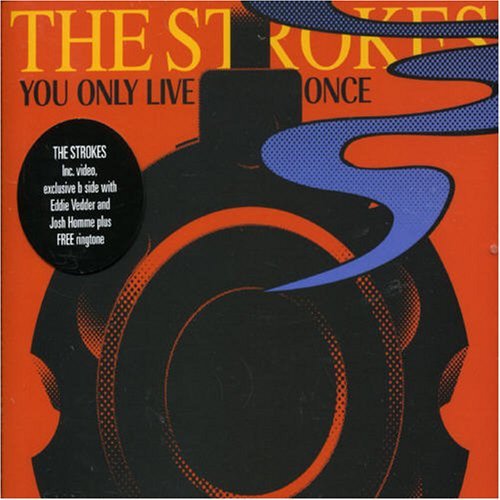 "You Only Live Once" is the opening track and third single from "", the third album from American rock band . They have performed this song on several programs, most recently and . Released on , , the single hit #35 on the Billboard Modern Rock Tracks chart. It also was the band's first single to fail to reach the UK charts.

A cover of 's "" was recorded as a b-side and features of sharing vocals with while , (of and ), plays drums alongside .

The video for the single was directed by , who had previously helmed the "" video, and features the band performing the song in an enclosed room while sewage pours from the walls and fills the room. The video was set to premiere in the UK on , , but was delayed, due to last-minute edits, until , . premiered the video in the US on .

An early demo version of the song, entitled "I'll Try Anything Once" is included as one of the b-sides on the "" single. It features only playing keyboard while sings the lyrics softly, which are quite different from the album version of the song. Some of these lyrics were also present when played the song for the BBC's Radio 1 Session, which aired on , .

An alternate music video for the song (directed by ) was premiered on the social media site on , . It contains the very end of "Ize of the World" and it works as a homage to "" and as a video protest against war, hunger and consumerism.

When the song was released as a single, The Strokes launched Operation YOLO (You Only Live Once), prompting all of their fans to call and request the single on radio stations. Their goal was to try and get out the word of the new single as fast as possible, by spreading the song by word of mouth. The Strokes Myspace page asked all users to put the song in their profile in an attempt to spread the single among the online community.

* [http://thestrokes.imeem.com/ Alternate video for You Only Live Once]