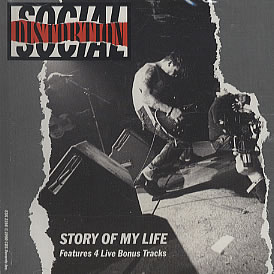 "Story of My Life" is a song by , written by , which was released as a single and also appeared on their self-titled album as well as "Live at the Roxy". The song describes a love interest he had as a teenager that he never really acted upon and years later he's looking back wistfully on how things have changed and how quickly his life (and the opportunity) has passed him by. A cover version of this song is playable on "". The popular refrain reads::"Life goes by so fast,":"You only want to do what you think is right.":"Close your eyes and then it's past;":"(It's the) Story of my life."The song never reached any of the major charts, but is considered one of the band's most well known, loved and respected songs by fans.Fact|date=August 2008