:"San Luis Potosí is the name of both a state in Mexico and that state's capital city. This article is about the state. For the city, see .Infobox Settlement
name = State of San Luis Potosí
other_name =
native_name =
nickname =
settlement_type =
motto = 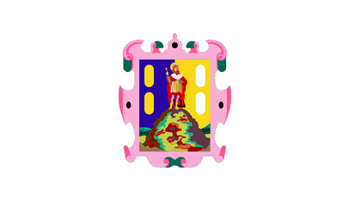 The native peoples of the state include the Huastecs and Pame people.

In addition to the state capital San Luis Potosí, the state's largest cities include , , and .

The state is at the center of an international ecological scandal, facing the illegal operation of , a subsidiary of at the town of its foundation, , just 20 kilometers away from the capital of the state , with a known poisonous technique banned in first world countries, leaching by .

San Luis Potosí is bounded on the east by Nuevo Leon, Tamaulipas and Veracruz, on the south by Hidalgo, Querétaro and Guanajuato, and on the west by Zacatecas.

The state lies mostly on the , with the exception of the southeastern corner of the state, where the tableland breaks down into the tropical valley of the . The surface of the plateau is comparatively level, with some low mountainous wooded ridges. The runs north and south through the state, and separates the Mexican Plateau from the Gulf Coastal Plain to the east. The Sierra Madre Oriental is home to the . The Panuco River originates on the Plateau, and flows eastward through a gap in the Sierra Madre to drain into the Gulf of Mexico. The easternmost portion of the state lies on the Gulf Coastal Plain, and covered by the .

The mean elevation is about 6,000 ft., ensuring a temperate climate. The state lies partly within the arid zone of the north, while the southern half receiving a more liberal rainfall through the influence of the s, which deliver significant amounts of rain. The rainfall, however, is uncertain at the western and northern regions, and much of the state is poorly provided with rivers. The soil is fertile and in favorable seasons large crops of wheat, maize, beans and cotton are grown on the uplands. In the low tropical valleys, sugar, coffee, tobacco, peppers and fruit are staple products. Stockraising is an important industry and hides, tallow and wool are exported. Fine cabinet and construction woods are also exported to a limited extent.

At one time San Luis Potosi ranked among the leading provinces of Mexico, but the revolts following independence resulted in a great decline in that industry. The area around has some of the richest mines in the country. Other well-known silver mining districts are , Ramos and Guadalcázar. The development of Guadalcazar dates from 1620 and its ores yield , , and , as well as silver. In the Ramos district, the Cocinera lode was said to have a total yield of over $60,000,000 in the first decade of the 20th century.

The State of San Luis Potosí is divided into 58 municipalities (Spanish: "municipios"), each headed by a (mayor).