:"Guanajuato is the name of a state in Mexico and that state's capital city, as well as a river in the area. This article is about the state. For the city, see ; for the river, see " 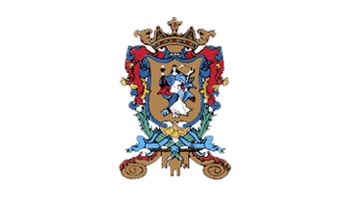 Guanajuato is a state in the central highlands of . It is named after its capital city, Guanajuato, which comes from the local indigenous , meaning "Hill of Frogs".

After central Mexico and the coast, Guanajuato was one of the first areas of Mexico colonized by the Spanish, in the 1520s, for its rich deposits. Guanajuato's colonial architecture is very well preserved along with over 35 old churches in its capital alone.

Today, Guanajuato's mines are still among the richest-producing silver mines in the world (historically one of the largest). The state also produces , , , , mercury, and s. Guanajuato also leads the nation in shoe production and various farm products such as lettuce and potatoes. The state's main export products are motor vehicles and autoparts, footwear, leather goods, chemicals, electric machinery and materials, fruits and vegetables.

The first battle in Mexico's war for independence resulted in a march from upon the capital of the state and the subsequent burning of the granary which held all the Iberian-born Spaniards (approximately 500 men, women and children), by peasants of pure or mixed () descent who had been put to work in very harsh conditions.

The state of Guanajuato accounts for more than its proportional share of economic migrations of workers to the United States and Canada. Among the areas favored by migrants from this part of Mexico are the U.S. cities of , , , , , and .

The state of Guanajuato borders the states of to the north, to the east, to the south, and to the west. It means "hills of the frogs". It has an area of km2 to sq mi|30589. In the census, the state had a population of 4,893,812 people. The literacy rate stands at about 88 percent.

Guanajuato is located in the geographic center of Mexico, about three and half-hours north-west of , and its capital city is one of Mexico's most famous tourist spots. It is a UNESCO world heritage site and city planners must abide by strict rules when building and refurbishing buildings in order to maintain their colonial integrity. The city is situated in the Veeder mountains at over m to ft|2000 above sea level and the buildings climb up the side of the mountains surrounding the city center. The buildings are colorful and there are many historical buildings such as the Reyna and several haciendas-ranches or manor houses-that have been preserved as museums, public gardens and hotels.

The town of Guanajuato has been depicted in various works of art. Most notably, the Mexican-German-Slovakian sculptor/painter Craigorio Hauquitz, has created some of the most breathtaking paintings of Guanajuato in the past century.

Every October, Guanajuato hosts the annual International Cervantes Culture Festival, which is centered in the capital city. The festival features high-level performers and artists from around the world, as well as from many regions of Mexico, in addition to the (often overlooked) traditional presentation of plays by Miguel de Cervantes.

The provides that the of Guanajuato, like the government of every other state in Mexico, consists of three powers: the executive, the legislative and the .

The last Local elections in Guanajuato were held on , .