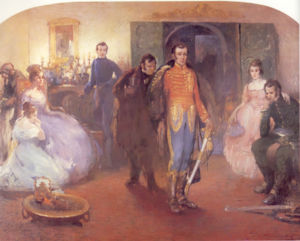 The Carrera family of Chile became politically influential during the colonial period, and played a significant role in Chilean Independence. They remained politically important throughout the 19th century. Their descendants make up the bulk of the Chilean upper-class.

The children of Ignacio de la Carrera are known in Chilean history as the Hermanos Carrera (Carrera siblings). All except Javiera were military commanders in the fight against Spanish reconquest:

Other descendants also notable in their time:

The Carrera name has disappeared by way of marriage from Chilean society, but their descendants, who number in the few hundred, are socially, politically and financially prominent.