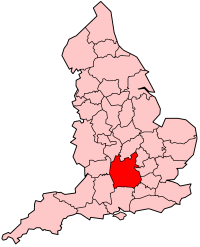 The Chief Constable of the force is who was promoted to the position in April 2007.

Thames Valley has 10 elected members, with two from Oxfordshire County Council, one from County Council, and one each from the unitary authorities of , Milton Keynes, Reading, , Wokingham, , and . There are three , one each from Buckinghamshire, Oxfordshire and Berkshire. [cite web | publisher = Thames Valley Police Authority | url = http://www.tvpa.police.uk/about/members.htm | title = Who we are — Members | accessdate = January 24 | accessyear = 2006]

Thames Valley Constabulary, as it was originally known, was formed in 1968 by the amalgamation of , , , and .

Proposals made by the on would see the force stay as a single strategic police force for the area, a merger with having been rejected. [Cite web|url=http://news.bbc.co.uk/1/hi/uk_politics/4825524.stm|title=Police forces 'to be cut to 24'|accessdate=2007-04-05|publisher=BBC News|year=2006]

The force is split into five Basic Command Units (BCUs), these being Oxfordshire, Berkshire West, Berkshire East, Buckinghamshire and Milton Keynes. In turn each BCU is split into Local Policing Areas (LPAs) that are coterminous with local authority boundaries.

The headquarters of Thames Valley Police is at Oxford Road, , Oxfordshire. The force is covered by two control rooms, with the one in Abingdon covering Oxfordshire and Berkshire West, and one in covering the Borough of Milton Keynes, and East.

The two "PECs" (Police Enquiry Centres) were formed in 2003, following the closure of local control rooms, to support the newly formed control rooms in Abingdon and Milton Keynes. They are located in police station and in a business park close to the Force Headquarters in Kidlington. The PECs handle non-emergency calls from the public.

Sulhamstead House in is the Thames Valley Police training college, which also houses the .

The most famous Thames Valley Police officer may be the fictional (along with his aide, ), the main character in 13 novels by and 33 television episodes by .

In 1982 the BBC broadcast a nine part series by and Charles Stewart entitled "Police," which showed a account of Thames Valley's E Division based in Reading. This featured the rather demeaning treatment of a female victim of rape which was much discussed in the media at the time.

Beginning in 2003 a programme, "Road Wars", followed the Roads Policing Proactive Team while they carried out their duties. This programme continues to film such duties and now includes members of the dog section.