The Long and Winding Road

The Long and Winding Road 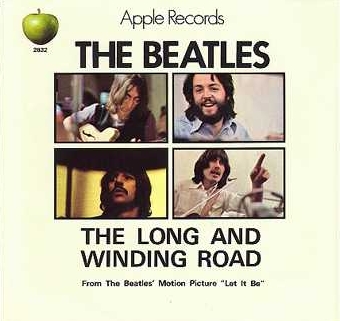 While the released version of the song was very successful, the post-production modifications to the song by producer angered McCartney to the point that when he made his case in court for breaking up The Beatles as a legal entity, McCartney cited the treatment of "The Long and Winding Road" as one of six reasons for doing so.

McCartney originally wrote the song at his farm in Scotland, and was inspired by the growing tension among The Beatles. McCartney said later: cquote |I just sat down at my in Scotland, started playing and came up with that song, imagining it was going to be done by someone like . I have always found inspiration in the calm beauty of Scotland and again it proved the place where I found inspiration.

McCartney recorded a quick demo version of the song, with Beatles' engineer Alan Brown assisting, in September 1968, during the recording sessions for "The White Album". [ [http://www.beatlesbible.com/songs/the-long-and-winding-road/ The Beatles Bible: The Long And Winding Road] Retrieved Aug. 17, 2008.]

The song takes the form of a piano-based ballad, with conventional chord changes. The song's home key is in but also uses relative minor; the key of C minor.

The "long and winding road" of the song was claimed to have been inspired by the B842, a thirty-one mile (50 km) winding road in Scotland, running along the east coast of into , and part of the eighty-two mile (133 km) drive from . [cite web |last=Marck |first=John T |url=http://www.iamthebeatles.com/article1211.html |title=The Long and Winding Road |publisher=I Am The Beatles |accessdate=2004-09-11] In an interview in 1994, McCartney described the lyric more obliquely: cquote |It's rather a sad song. I like writing sad songs, it's a good bag to get into because you can actually acknowledge some deeper feelings of your own and put them in it. It's a good vehicle, it saves having to go to a psychiatrist

The opening theme is repeated throughout, the song lacks a traditional chorus, and the melody and lyrics are ambiguous about the opening stanza's position in the song; it is unclear whether the song has just begun, is in the verse, or is in the bridge.

The Beatles recorded "The Long and Winding Road" on 26 and 31 January 1969, the day after the group's legendary final performance on the roof of their Apple headquarters, with McCartney on piano, Lennon on bass guitar, George Harrison on guitar, Ringo Starr on drums, and on . This was during a series of sessions for an album project then known as "Get Back". Lennon, who played bass only occasionally, made several mistakes on the recording.

In May 1969, , who had been asked to mix the "Get Back" album by The Beatles, selected the 26 January recording as the best version of the song.

Spector made various changes to the songs, but his most dramatic embellishments would occur on 1 April 1970, when he turned his attention to "The Long and Winding Road". At , he recorded the l and accompaniment for the song. The only member of The Beatles present was . [ [http://www.beatlesbible.com/songs/the-long-and-winding-road/ The Beatles Bible: The Long And Winding Road] Retrieved Aug. 17, 2008.] Already known for his eccentric behaviour in the studio, Spector was in a peculiar mood that day, as balance engineer Pete Brown recalled: "He wanted tape echo on everything, he had to take a different pill every half hour and had his bodyguard with him constantly. He was on the point of throwing a wobbly, saying 'I want to hear this, I want to hear that. I must have this, I must have that.'"

Role in The Beatles' breakup

When McCartney first heard the Spector version of the song, he was outraged. Nine days after Spector overdubbed "The Long and Winding Road", McCartney announced that The Beatles were breaking up. On 14 April, he sent a sharply worded letter to business manager , demanding that the added instrumentation be reduced, the harp part eliminated, and "Don't ever do it again." [The Beatles, "Anthology", p. 350, (full letter)] These requests went unheeded, and the Spector version was included on the album.

In an interview published by the "" in two parts on 22 April and 23 April 1970, McCartney said: "The album was finished a year ago, but a few months ago American record producer Phil Spector was called in by John Lennon to tidy up some of the tracks.

Spector claimed that he was forced into remixing "The Long and Winding Road", because of the poor quality of Lennon's bass playing. While the poor quality of the bass playing has been noted by other sources ( described it as "atrocious" in his "", which contains editorial reviews of several Beatles songs), its basis as the full-scale re-working of the track by Spector has been questioned. McCartney has argued that Spector could have merely edited out the relevant mistakes and rerecorded them, a technique Spector used elsewhere on the album. Specifically, it would have been a simple matter of having McCartney overdub a more appropriate bass part to replace the Lennon bass line that was judged to be inadequate.

The controversy surrounding the song did not prevent a chart-topping single from being released in the United States on 11 May 1970, joined by "" on the B-Side. 1.2 million copies were sold in the first two days, and the song began its ten-week long chart run on 23 May. On 13 June, it became The Beatles' twentieth and final number one single in America, according to "Billboard" magazine. "The Long and Winding Road" brought the curtain down on The Beatles' six years of domination in America, beginning with "" in 1964. [Cross, Craig. [http://www.beatles-discography.com/us-singles.html "American Singles"] . Retrieved March 15, 2006.] [Whelan, John (2005). [http://beatles.ncf.ca/timeline.html#70 "The Beatles Timeline"] . Retrieved March 15, 2006.]

The original Glyn Johns remix of the 26 January take without the orchestration and Spector overdubs was included on "" released in 1996. This version included a bridge section spoken, rather than sung, by McCartney.

In 2003, the remaining Beatles and Yoko Ono released "," touted as the band's version of "Let It Be" remixed by independent producers. McCartney claimed that his long-standing dissatisfaction with the released version of "The Long and Winding Road" (and the entire "Let It Be" album) was in part the impetus for the new version. The album included a different take, Take 19, of "The Long and Winding Road" recorded on 31 January. Although a different take, this version is nonetheless closer to McCartney's original intention than the original "Let it Be" version, with no strings or other added instrumentation beyond that which was played in the studio at the time. This take is the one seen in the film "Let It Be".

Ringo Starr was impressed with the "Naked" version of the song: "There's nothing wrong with Phil's strings, this is just a different attitude to listening. But it's been 30-odd years since I've heard it without all that and it just blew me away." Spector himself argued that McCartney was being hypocritical in his criticism: "Paul had no problem picking up the Academy Award for the "Let It Be" movie soundtrack, nor did he have any problem in using my arrangement of the string and horn and choir parts when he performed it during 25 years of touring on his own. If Paul wants to get into a pissing contest about it, he's got me mixed up with someone who gives a shit." 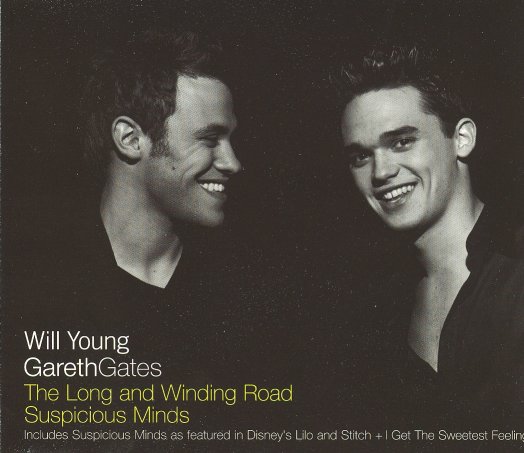 
After its original release, "The Long and Winding Road" became a staple of Paul McCartney's post-Beatles concert repertoire. On the 1976 , where it was one of the few Beatles songs played, it was performed on piano in a sparse and effective arrangement using a . In McCartney's 1989 solo tour and since, it has generally been performed on piano with an arrangement using a mimicking strings, but this string sound has been much more restrained than on the Spector recorded version.