Come on Over (Olivia Newton-John album)

Come on Over (Olivia Newton-John album) 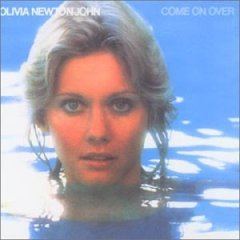 The album's first track, a cover of 's "Jolene", was only released as a single in Japan, and it became a big hit there, peaking at #11 on the singles chart. The album itself was also a big success in the Japanese market, reaching the #2 position on the Oricon album chart.

In the U.S., the only single released from the album was the title song, written by and and originally featured on the ' 1975 album "Main Course". It was a moderate pop hit, peaking at #23 on the , but did much better on the country (#5) and (seventh of ten #1 singles) charts.