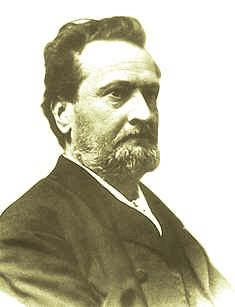 At an early age he showed a taste for , becoming acquainted with the Breslau . In 1851 he began studying at . In 1856 he graduated as doctor of philosophy, and then adopted a botanical career, establishing himself as "" for in the . In 1859 he was appointed physiological assistant to the Agricultural Academy of Tharandt (now part of the ); and in 1862 he was called to be director of the Polytechnic at Chemnitz, but was almost immediately transferred to the Agricultural Academy at Poppelsdorf (now part of the ), where he remained until 1867, when he was nominated professor of botany in the . In 1868 he accepted the chair of botany in the , which he continued to occupy (in spite of calls to all the important German universities) until his death.

Sachs achieved distinction as an investigator, a writer and a teacher; his name will ever be especially associated with the great development of plant physiology which marked the latter half of the 19th century, though there is scarcely a branch of botany to which he did not materially contribute. His earlier papers, scattered through the volumes of botanical journals and of the publications of learned societies (a collected edition was published in 1892-93), are of great and varied interest. Prominent among them is the series of "Keimungsgeschichten," which laid the foundation of our knowledge of microchemical methods, as also of the morphological and physiological details of .

Then there is his resuscitation of the method of "water-culture," and the application of it to the investigation of the problems of nutrition; and further, his discovery that the -grains to be found in are the first visible product of their assimilatory activity. His later papers were almost exclusively published in the three volumes of the "Arbeiten de botanisthen Inslituts in Würzburg" (1871-88). Among these are his investigation of the periodicity of growth in length, in connection with which he devised the self-registering , by which he established the retarding influence of the highly refrangible rays of the spectrum on the rate of growth; his researches on and , in which he introduced the ; his work on the structure and the arrangement of cells in growing-points; the elaborate experimental evidence upon which he based his "imbibition-theory" of the transpiration-current; his exhaustive study of the assimilatory activity of the green ; and other papers of interest.

Sachs' first published volume was the "Handbuch der Experimentalphysiologie des Pflanzen" (1865; French edition, 1868), which gives an admirable account of the state of knowledge in certain departments of the subject, and includes a great deal of original information. This was followed in 1868 by the first edition of his famous "Lehrbuch der Botanik", by far the best book of its kind. It is a comprehensive work, giving an able summary of the botanical science of the period, enriched with the results of many original investigations. The fourth and last German edition was published in 1874, and two English' editions were issued by the Oxford Press in 1875 and 1882 respectively.

The "Lehrbuch" was eventually superseded by the "Vorlesungen uber Pflanzenphysiologie" (1st ed., 1882; 2nd ed., 1887; Eng. ed., Oxford, 1887), a work more limited in scope, but yet covering more ground than its title would imply; though it is a remarkable book, it has not gained the general recognition accorded to the "Lehrbuch". Finally, there is the "Geschichte der Botanik" (1875); a brilliant and learned account of the development of the varitius branches of botanical science from the middle of the 16th century up to 1860, of which an English edition was published in 1890 by the Oxford Press. As a teacher Sachs exerted great influence, for his vigorous personality and his ready and lucid utterance enabled him not only to instruct, but to fire his students with something of his own enthusiasm.

A full account of Sachs' life and work was given by Professor Goebel, formerly his assistant, in "Flora" (1897), of which an English translation appeared in "Science Progress" for 1898. There is also an obituary notice of him in the "Proc. Roy. Soc." vol. lxii.

Many pupils of Sachs like , , , , Hermann Müller-Thurgau, , , , and became later famous botanists.

The standard botanical author abbreviation Sachs is applied to he described.