You Raise Me Up

You Raise Me Up

Infobox Song
Name = You Raise Me Up 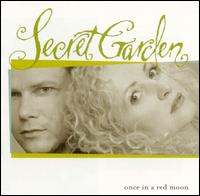 "You Raise Me Up" is a popular song in the inspirational mould. The music was written by Secret Garden's ; the lyrics by . The song has now been covered more than 125 times [http://www.peermusic.com/artistpage/Brendan_Graham.html, paragraph 5] .

The song was originally written as an instrumental piece and entitled "Silent Story". Løvland approached Irish novelist and songwriter to write the lyrics to his melody after reading Graham's novels [ [http://www.secretgarden.no/lowband/sight_sound/music_redmoon_linernotes_youraisemeup.html Untitled Document ] ] . It was originally released on the 2002 Secret Garden album "", with the vocals sung by Irish singer Brian Kennedy, and sold well in both Ireland and . The song was used for commemorations of the September 11, 2001 terrorist attacksFact|date=September 2007 despite not having been released in America yet. Originally, Brian Kennedy was supposed to follow Secret Garden on their Asian tour in 2002, but fell ill, and could not attend. He was replaced by Norwegian singer , who also later recorded the song together withSecret Garden, but it was never released.

The song was subsequently recorded by Daniel O'Donnell in 2003 and was a hit throughout Ireland and the .

Later in 2003, David Foster decided to produce the song. He chose the up and coming to record the song, which proved very popular in the US. His version made it to the top of the "Billboard" adult contemporary chart and remained there for six weeks. Groban also performed it at , in a special commemoration for the crew of the . A special surprise performance by Groban, for 's 50th birthday, also gave "You Raise Me Up" massive international prominence. The Groban recording also was nominated for a 2005 . Groban also performed it at the first Idol Gives Back Concert, along with the African Children's Choir.

re-released the single after performing it at legendary Northern Irish football player 's funeral, the song again climbing the UK Charts to No. 4 in January 2006 (named "George Best - A Tribute"). Brian returned to the spotlight in Ireland once again after being named Ireland's 2006 entrant in the Eurovision Song Contest, at which he came a respectable 10th place.

The song has also been released by Ronan Tynan, , , Selah, , Tommy Fleming, Michael Ball, and the Celtic Tenors with , this time with an R&B flow to it. Åsa Jinder has written lyrics in Swedish, "Rör vid min själ", and that version has been recorded by . The song was also recorded by Daniel Beck, an LDS musician. The song was used for 's 2007 CD ~Power in Purity." The most recent recording is a Spanish version by Il Divo entitled "Por Ti Seré".

The song was also covered in Japanese by singer as the opening theme to the ese TV series "", which premiered in Japan on April 2007. Park also covered an English version of the song, which was featured in episodes 7 and 24 of the series.

and separately recorded an spanish version of this song called Por Ti Sere. This loosely translated version appears on Pott's "One Chance" album and Il Divos' .

German musical actor Andreas Bieber sang the song as a duet with international star on his album 'No Frontiers'.

During 's Christmas 2007 and spring 2008 concert, men's show choir who are referred as the Craftsmen performed a parody entitled You Beam Me Up. It was arranged by Ed Cleveland.

Infobox Single
Name = You Raise Me Up 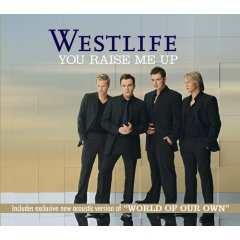 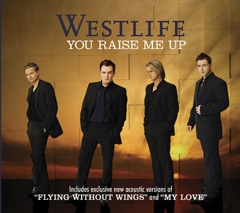 released a cover version of "You Raise Me Up" as their first single from their Face to Face album. The band's version is the #99 Best selling single in the UK for the 21st Century to date, having reached #1 on the chart in . The band also won UK Record of the Year award for their rendition.

There were two music video versions accompanying their rendition of the song.

Westlife, together with original composer Secret Garden, performed the song at the 2005 .

The band was the 100th artist to record this song.

# You Raise Me Up
# World of our Own (Acoustic)

# You Raise Me Up
# Flying Without Wings (Acoustic)
# My Love (Acoustic)

In , the song was played more than 500,000 times on American radio. In late 2005, there were over 80 versions available in USA alone, and it has become nominated for four times, including "Song of the Year". This version by Christian group Selah (with both verses included, as originally written) also went to No. 1 on Billboard's Christian Charts.

Use in popular culture

In 2004, Top 12 contestant Daniel Belle sang the song for his "Pop" song selection, and it has become one of the most performed songs on similar shows across the world.

, (Ireland's national television station), screened a Roy Esmonde produced documentary titled You Raise Me Up on New Year's Day 2006. First screened a year earlier, this updated edition included the most recent successes for the song, as well as the story of how the song first came to be written by Løvland and Graham.

, a Norwegian football club, uses this song as a club anthem.

On April 4th, 2007, a Japanese version of the song was used for the theme tune to the series , titled "Inori ~You Raise Me Up~". the song is performed by Korean singer .

On April 25th, 2007, Josh Groban performed the song with the African Children's Choir on American Idol, Idol Gives Back episode.

On May 26th, 2007, appeared on 's talent show and selected one of the remaining contestants (or Joseph's) to perform the song with him. He chose show favourite, .

On July 26th, 2007, the song was performed on 6th International Competition Of Young Singers of Popular Music the "New Wave" (, ) by representing on this contest. Song accompaniment recorded by Swedish producers from "Sunday Music" for Latvian music company "Microphone Records".

"X Factor" judge has called 'You Raise Me Up' one of his favourite songs.

On November 10th, 2007 the song was performed live in series 4 of UK show, "The X Factor" by contestant, . The performance received highly positive praise from all four judges, , , and .

On May 10th, 2008, performed the song as part of his audition using a common hardware saw as his instrument of choice.

On May 6th, 2008, Manu Castellano performed the Spanish version (Por Ti Seré) in

In July 2008, Donald Braswell was auditioning for the third season of "," and at first didn't please anyone, but after halfway through the song, the whole crowd cheered as he finished the song.

On September 2nd, 2008, Tom WIlliams performed the song on in the Top 24 [http://www.youtube.com/watch?v=Mp15QJsZyuc]