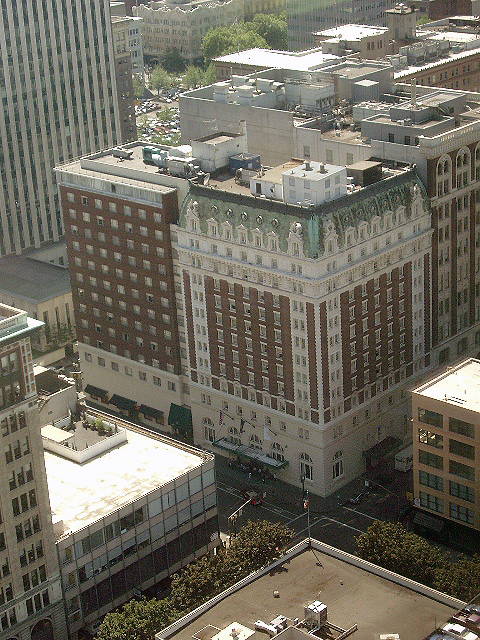 The Benson Hotel is a 375 room historic building in downtown , .

It is currently owned and operated by . Also known just simply as "The Benson", it has a reputation as one of Portland's finest hotels. The hotel is named after notable businessman and philanthropist .

Simon Benson had wished to build a world-class hotel in Portland. During the population boom that occurred between the 1905 Lewis and Clark Centennial Fair and the , Benson fulfilled his wish.

The firm of Doyle, Patterson, and Beach designed the main hotel building in French Second Empire style. The hotel opened 1912 and Chicago's served as the inspiration of the building's overall design. The building was originally an annex to the Oregon Hotel, and was known as the New Oregon Hotel.