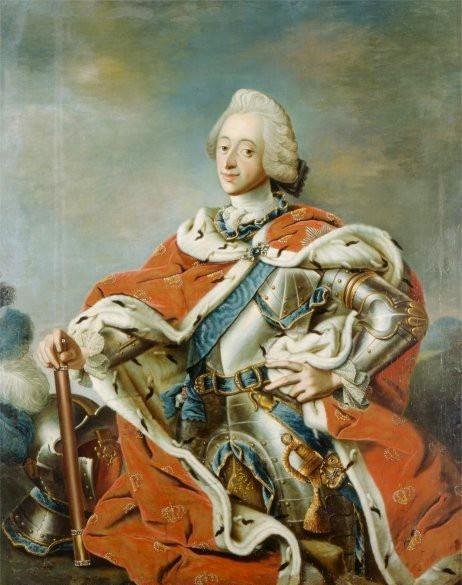 He was first married to Princess Louise, daughter of King George II and . They were parents of six children but only five survived birth.

Louise died on 19 December 1751 in Christiansborg, predeceasing her husband by fourteen years, and was buried at . She was pregnant with her sixth child, who also died.

Frederick married a second time to , daughter of . Their children were notably who was, in his turn, father of King and grandfather of , the future queen of Denmark. She died in 1796 having been regent for her son Prince Frederick.

King Frederick was also the father of five illegitimate children by Else Hansen.

He founded the ("Det Kongelige Danske Kunstakademi") in , which officially opened on March 31, 1754, his 31st birthday. Frederick also purchased what would become known as the in 1754. [ [http://www.stcroixproperties.net/About.html About ] ]

The personal influence of Frederick was a limited one. He was marked by his alcoholism and most of his rule was marked by very able ministers like , and . They avoided involving Denmark in the an wars of his time. The country remained neutral even for the duration of the (1756 - 1763) despite its proximity to combatants and .

The king died after 43 years of life and twenty years of reign. His last words were reportedly: "It is a great consolation to me in my last hour that I have never wilfully offended anyone and that there is not a drop of blood on my hands."

Frederick V is interred in next to Queen Louise.

Within one hundred years of his time, Denmark faced the situation of his male issue (the main branch of the Royal House) going extinct. This created a succession crisis beginning from his grandson's reign, affecting both Denmark and Schleswig-Holstein. Finally, his great-grandson by female line, , who was married with his great-granddaughter (or Hesse-Cassel), became the designated heir.)